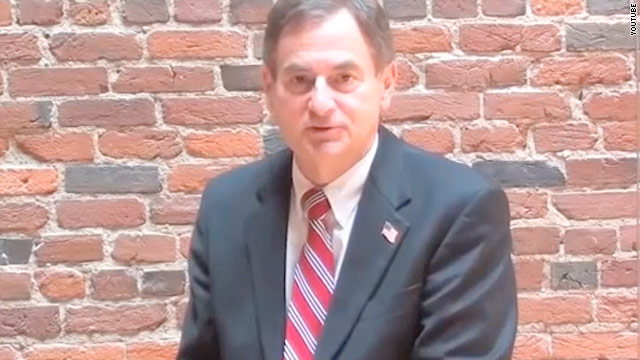 (CNN) - Whatever decision the Supreme Court makes this week on the health care law, Republican Senate candidate Richard Mourdock of Indiana was certainly prepared with a response.

Four different videos were prematurely uploaded last week to YouTube, each one featuring Mourdock's official reaction to a slate of potential outcomes in the health care ruling.

If the high court decides to overturn the controversial law, for example, the Senate hopeful said it was a moment to celebrate.

"Well, we've had our brief moment of celebration because the Supreme Court ruled that Obamacare is, in fact, unconstitutional," he said in one video.

But in the event the law is upheld, Mourdock was ready to pounce.

"Well, the Supreme Court has done what none of us really thought could happen," he said in another clip. "They ruled Obamacare constitutional."

Two other videos were posted online featuring his reaction to only a partial strike down of the law, as well as a possible pass on the decision all together.

Mourdock, the state's treasurer, rose to GOP fame this year after beating incumbent Sen. Dick Lugar, the longest serving Republican in the Senate, in the primary last month.

He now faces Democratic candidate Joe Donnelly, a U.S. congressman, in what could be a close race this November.

Indiana Democrats quickly jumped on the error. While the videos were taken down fairly quickly, some critics had already archived the footage.

"Richard Mourdock's bush league mistake is embarrassing because it reveals the truth: He's all about politics, not solving serious problems for Hoosier families. This pre-taped 'Choose Your Own Adventure' style response shows just how cynical Richard Mourdock is being in his struggle to get Hoosier voters to accept TEA Party politics," said Benjamin Ray, press secretary for the state's Democratic Party.

According to CNN affiliate WISH in Indianapolis, the Mourdock campaign issued a statement, saying, "All campaigns prepare comment ahead of time for an important Supreme Court decision like this."

The posting of the videos is attributed to a campaign staffer and a vendor for the Mourdock campaign, according to WISH.

The flap also became fodder for comedian Stephen Colbert, who poked fun at the videos in his Comedy Central show on Monday. Mimicking the videos, Colbert created his own reactions to a whole new set of faux-Supreme Court reactions.

"The United State Supreme Court has done what none of us expected: The mandate has been struck down, there's been another recount, and George Bush is president again," Colbert joked.