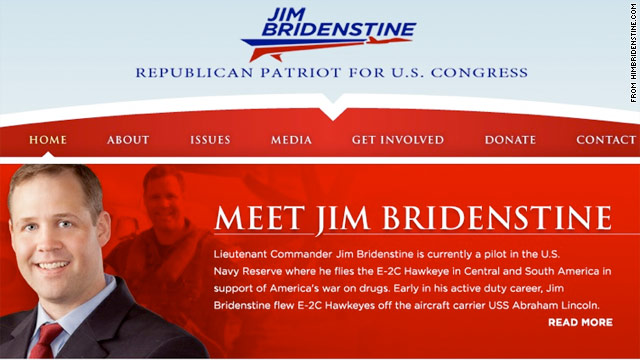 Bridenstine won 53% of the vote to Sullivan's 46%, according to unofficial numbers from the state election board, despite the incumbent outraising him four-fold.

Sullivan brought in over $992,000 in this campaign - including over $575,000 from political action committees - to Bridenstine's $244,000, Federal Election Commission records showed.

After his defeat, Sullivan said the voters' decision was "loud and clear."

"The voters they know what's right and I respect that decision, and I've been on the other side of it for five times before," he said.

Bridenstine said he was humbled and would remain so through "this process."

"This is just the beginning we have a long way to go," he said.

He will face a Democrat and independent in the November election, but the state and district are predominately Republican.

Sullivan won his last three races with over 60% of the vote, and before that, a special election and reelection to the seat with over 50%.

Bridenstine credited his victory in part to "an anti-incumbency kind of environment throughout our entire country, and I was the beneficiary of that."

He is a pilot in the U.S. Navy Reserve has served in Afghanistan and Iraq.