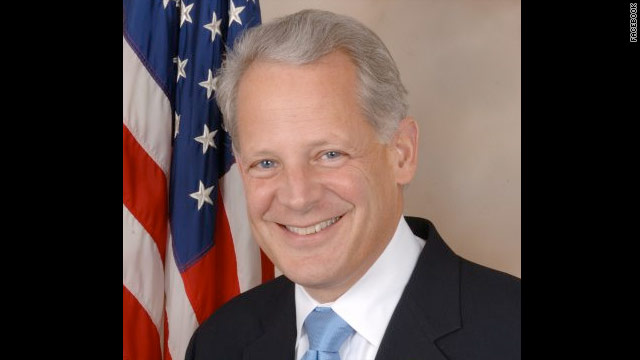 (CNN) - Rep. Steve Israel, chairman of the committee charged with getting Democrats elected to the House, is discouraging candidates up for re-election from attending the Democratic National Committee in September.

"If they want to win an election, they need to be in their districts," Israel, who heads the Democratic Congressional Campaign Committee, said at a Reuters event in Washington on Tuesday, according to the news outlet.

His remarks came after being asked about several Democratic members of Congress who've announced plans to skip the big gathering this year, set to take place Sept. 3-6 in Charlotte, North Carolina. Their decisions have raised questions over whether some Democrats are trying to distance themselves from President Barack Obama this election year.

The DCCC on Wednesday, however, stood by the chairman's comments, saying Israel's advice wasn't based on the president's poll numbers.

"Spending five days away from voters who can vote for you and donors who can give to you may not be the right decision 75 days out from Election Day," an official with the committee said.

Israel also argued his advice had nothing to do with Obama: "I don't care if the president was at 122 percent favorability right now. I think (candidates) should be in their districts."

He wasn't the first Democratic leader to urge candidates to focus on their districts. In 2008, then-DCCC Chairman Chris Van Hollen gave the same guidance, telling candidates and incumbents to stay home and fight in the final stretch before November's elections.

However, some analysts say the decision to skip the event can send the wrong message to the party at large.

"It's a dis to the president," Hilary Rosen, a Democratic strategist and CNN contributor, said Tuesday. "It's saying 'me associating with you isn't good for me.' It's hard to spin that wheel. But we've seen that in every re-election for years."

Democrats are also quick to point out that Rep. Denny Rehburg of Montana, a Republican running for Senate this year, has said he plans to pass on the GOP convention in August.