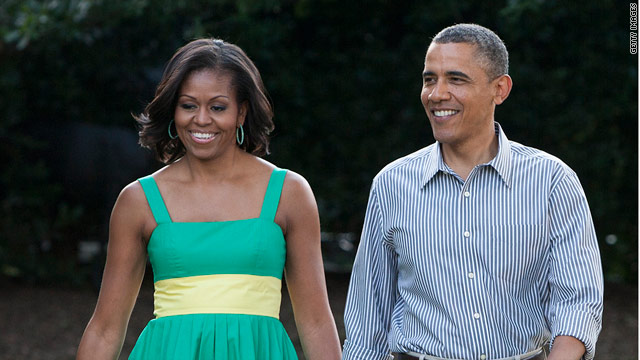 (CNN) - Stumping for President Barack Obama on the campaign trail Thursday, first lady Michelle Obama added one more item to the list of accomplishments she normally boasts when talking about her husband.

"When it comes to healthcare, please, please tell people about the historic reform this president passed," she said, referring the Supreme Court's decision to uphold the health care reform law passed in 2010.

Her remarks came at a fund-raising event at the Memphis Cook Convention Center, where she cooked up support for her husband's re-election campaign as the Tennessee summer heat neared 100 degrees on Thursday.

"Because of this reform, help them understand that insurance companies will have to cover preventative care for things like contraception, cancer screening, prenatal care," she said, according to pool reports.

She also mentioned the measure's provision that makes it illegal for insurance companies to deny coverage based on preexisting conditions.

Her comments follow those of her husband, who gave an address from the East Room of the White House hours earlier.

"Whatever the politics, today's decision was a victory for people all over this country whose laws will be more secure because of this law and the Supreme Court's decision to uphold it," he said.