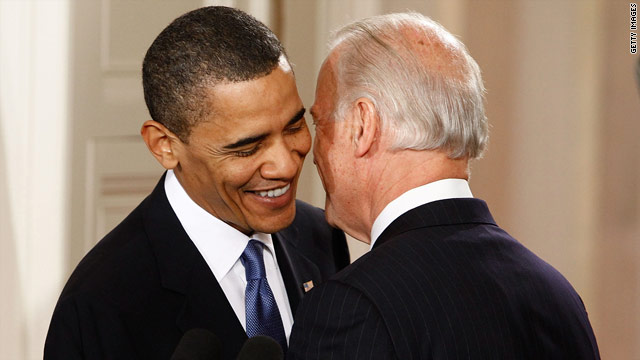 (CNN) - When President Barack Obama signed his health care bill into law in 2010, Vice President Joe Biden turned to him and said in his ear, but loudly enough that microphones picked it up, "This is a big f***king deal."

That came to be the best-remembered moment from the ceremony. The Obama campaign printed it on t-shirts and the White House press secretary weighed in with a response.

After the Supreme Court upheld the law on Thursday, a tweet from the vice president recalled the sentiment.

"Today's decision is a really big – important – deal," he tweeted.

Earlier in the day, perhaps feeling the day as Biden did back in 2010, the Democratic National Committee executive director tweeted his own celebratory and off-color comment.