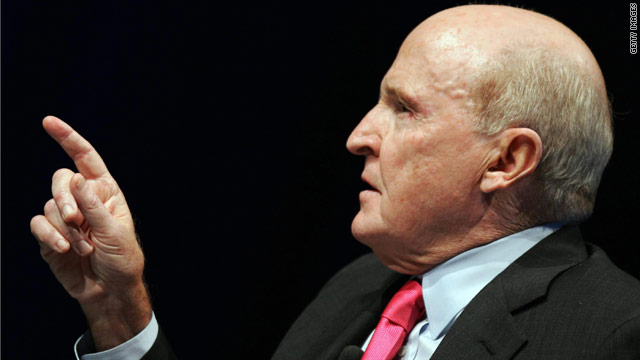 Welch chimes in with Murdoch: 'No room for amateurs'

(CNN) – Another high powered business titan is urging Mitt Romney to take a closer look at the team running his campaign for the White House.

Former General Electric Chairman and CEO Jack Welch echoed Rupert Murdoch, the chairman of News Corporation, in urging Romney to hire more professionals for his team. Like Murdoch, Welch made his comments on Twitter.

A spokesman for Welch said Wednesday the "tweet speaks for itself."

Murdoch later made clear he was still backing the Republican candidate, and that he was taking heat from Romney supporters.

While Welch is a well-known Republican, Murdoch has been known to support candidates of both parties. In 2006, he was reported to have held a fund-raiser for then-Sen. Hillary Clinton, a Democrat, and in 2008, he called then-candidate Barack Obama a "rock star" and praised his education plan. In 2010, News Corp. gave a $1 million donation to the Republican Governors Association.

Many of Romney's top campaign advisers were with him in his 2008 bid for the White House, and some of them worked for Romney during his years as Massachusetts governor.