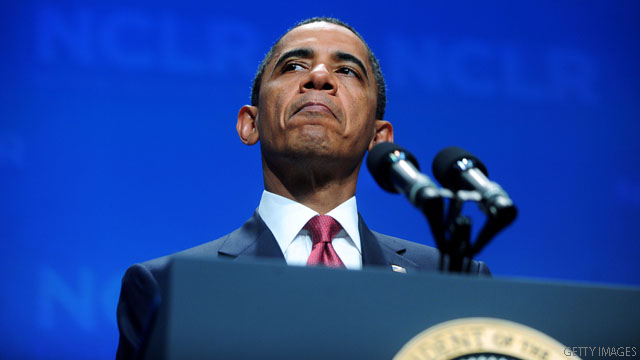 (CNN) - President Barack Obama will address the latest jobs report, to be released Friday morning, at his first campaign event of the day in Poland, Ohio, a senior campaign official told CNN.

Economists surveyed by CNNMoney expect the monthly report to show the economy added 95,000 jobs in June.

That would be an improvement over the 69,000 jobs added in May, but is still pretty weak and unlikely to make the unemployment rate budge from its current 8.2%.