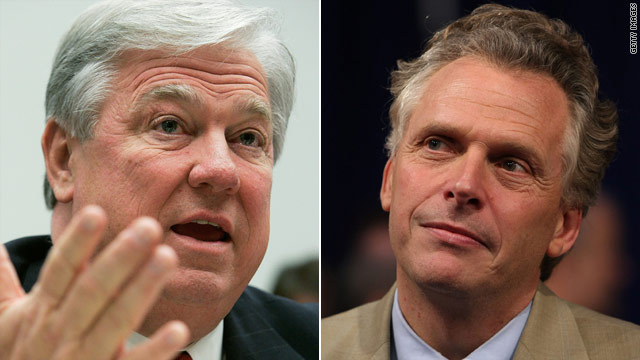 Barbour: If in Romney’s position, I would release tax docs

(CNN) - Were he in presidential candidate Mitt Romney's shoes, former Republican National Committee Chairman Haley Barbour said he would release more than two years’ tax documents, something Democrats have repeatedly called on Romney to do.

"I would," Barbour said on CNN's "The Situation Room." "But should it be an issue in the campaign? I don't think it amounts to diddly."

Democrats have criticized Romney for not releasing more than one year’s returns and an estimate of his liability for tax year 2011, which he released in late January.

Romney, one of the wealthiest candidates to ever seek the presidency, has drawn particular scrutiny, interest and criticism over his finances. And the pressure is yet greater because his father released a dozen years’ returns when seeking the presidency in the 1960s.

Obama's campaign recently seized on a report in the magazine "Vanity Fair," which called Romney a "remarkable financial acrobat," with accounts and investments in several places considered tax havens for Americans - Bermuda, the Cayman Islands and Switzerland.

Barbour, who served as chairman of the RNC in the 1990s and was most recently governor of Mississippi, appeared in the CNN interview alongside former Democratic National Committee Chairman Terry McAuliffe.

McAuliffe argued in favor of the tax proposal that President Barack Obama advocated on Monday: extending Bush-era tax cuts for families making up to $250,000 and individuals earning up to $200,000, while letting the tax cuts for earners above that benchmark expire at the end of this year.

Republicans have advocated extending the tax cuts for all, but Democrats say that is too expensive.

"While I disagree on extending tax cuts for the wealthy, because we just can't afford them, I recognize that not everybody agrees with me on this," Obama said Monday. "On the other hand, we all say we agree that we should extend the tax cuts for 98% of the American people. Everybody says that."

"Let's agree to do what we agree on, right?" he continued.

McAuliffe said the president's position is one of compromise.

"The point is, let’s get those who are making $250,000 or less - which are 98% of the population - let's go ahead. Republicans, Democrats agree that they ought to keep the tax cuts," he said. "Let's just do that; get it off the table. The issue of the top 2% is much more contentious. It's probably not going to be done before the election. It's going to be a big fight, but let's take care of the 98%."

Barbour said that sort of compromise "didn't seem logical to President Obama during the Obamacare debate."

"It's always easy to say, 'Let's do what we agree on.' He didn't do what they agreed on" in the health care debate, Barbour said.