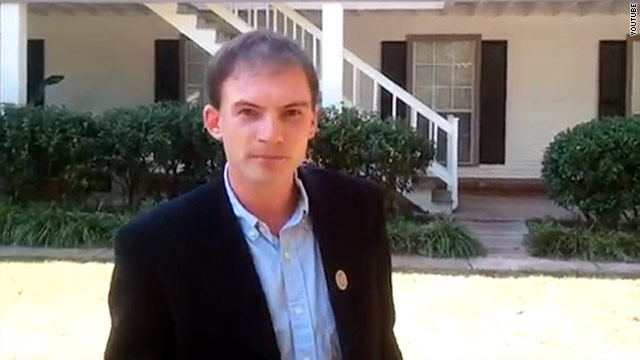 Candidate withdraws from congressional race after military history is questioned

(CNN) – A Democratic congressional candidate in Arkansas ended his campaign Monday after facing questions over his military record.

Ken Aden, the challenger against incumbent Rep. Steve Womack in a heavily Republican district, made the announcement in a statement posted to his website.

"Unfortunately, the ongoing saga related to my military records has created a tremendous distraction for our campaign, and I did not want this to have adverse consequences for Democrats across the district or anywhere else in the state," Aden said.

He added that he was exiting the race in order to spend more time with his family and to help ensure victory for Democrats across the state in November.

CNN affiliate KATV reports Aden was quoted by media outlets saying he was a Green Beret and qualified as a Special Forces soldier.

But the Army confirmed to CNN that Aden never qualified as a Special Forces soldier.

After Aden completed some of the Special Forces training, "he failed to meet the standards of the course" and was "removed from the course" in October 2007 for "academic reasons," according to Dave Chace, public affairs specialist and operations officer at the U.S. Army John F. Kennedy Special Warfare Center and School in Fort Bragg, North Carolina.

Aden was later "relieved from the course April 29, 2008 after failing twice to pass the Light Weapons Exam and Hands-on Mortar Exam."

Chace acknowledged, however, that Aden had been issued an erroneous order, awarding him "18B military occupational specialty." Following media scrutiny over the order, the Army revoked it last week.

But at the time of his dismissal from the Special Forces training, Chace said Mr. Aden received substantial counseling and documentation noting his removal, which suggests Aden was fully aware he had not finished the course or merited the order.

In his statement, Aden concluded: "I sincerely regret any difficulty that this situation has caused my fellow Democrats, my supporters, and staff. I will continue to remain a loyal Democrat and do (sic) my best to help Democrats win in November."

Aden, who ran unopposed in the Democratic primary, had been challenging Womack for the election scheduled for November.

Candace Martin with the Arkansas Democratic party told CNN that they will not be able to find another candidate in time to run against Womack. Arkansas state statute says a congressional candidate replacement is only allowed if a candidate dies, is severely sick or moves out of the area.

The district, which Martin says has been redrawn several times, was the same one that former President Bill Clinton ran for in 1974, but lost.