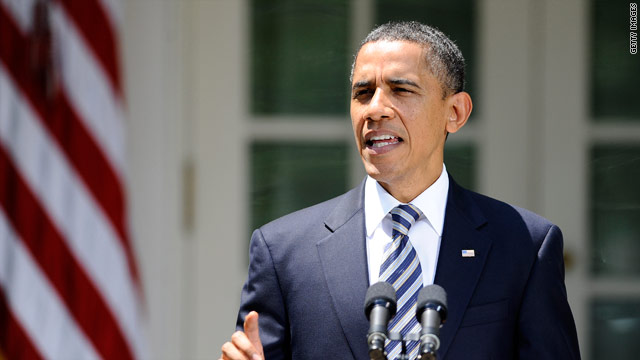 (CNN) - President Barack Obama on Monday called for greater transparency from his Republican rival, Mitt Romney, as others within the Obama campaign have pressured the presumptive Republican presidential nominee to disclose further financial records.

"What's important is, if you are running for president, is that the American people know who you are and what you've done and that you're an open book," Obama said in an interview with CNN affiliate WMUR.

"And that's been true of every presidential candidate dating all the way back to Mitt Romney's father," he added.

George Romney released a dozen years of tax documents during his own presidential bid in the 1960s.

In January, Mitt Romney disclosed his 2010 filings and an estimate of his liability for tax year 2011.

Obama's campaign and its allies have circulated news reports digging into Romney's investments and holdings, including one that called him a "remarkable financial acrobat."

An adviser to Obama's campaign, Robert Gibbs, argued on Sunday that Romney's financial picture is out of touch with that of most Americans.

"I pick a bank because there's an ATM near my home," he said on CNN's "State of the Union." "Romney had a bank account in Switzerland."