(CNN) - President Barack Obama took his tax proposal on the road Tuesday, drawing up support for his call to extend the Bush-era tax cuts for households bringing in less than $250,000 per year.

In his remarks at a community college in Cedar Rapids, Iowa, Obama tried to beat back critics who point to the resulting tax hike on those falling above the quarter-million dollar threshold.
END_OF_DOCUMENT_TOKEN_TO_BE_REPLACED

(CNN) – George P. Bush, nephew of George W. Bush and grandson of George H. W. Bush, said he has “reservations” and “concerns” about the Republican Party’s rhetoric on immigration.

In a sit-down with CNN reporters and producers Tuesday, Bush said that he and other Republicans wish the party would “return to George W. Bush on this issue,” referring to the former president’s bipartisan push to reform the nation’s immigration policy.
END_OF_DOCUMENT_TOKEN_TO_BE_REPLACED 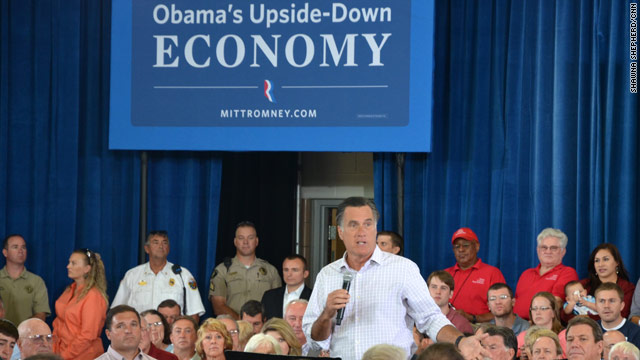 Grand Junction, Colorado (CNN) - Mitt Romney challenged Democratic claims that the private equity firm he once headed had actively advised companies to outsource jobs, and turned the criticism back on President Barack Obama calling him the "outsourcer in chief" Tuesday.

Speaking before an energetic crowd in friendly territory of Mesa County, the presumptive Republican presidential nominee addressed negative attacks in ads about his corporate background in his opening remarks, rather than wait for a question to be asked during the question and answer portion of the town hall.
END_OF_DOCUMENT_TOKEN_TO_BE_REPLACED 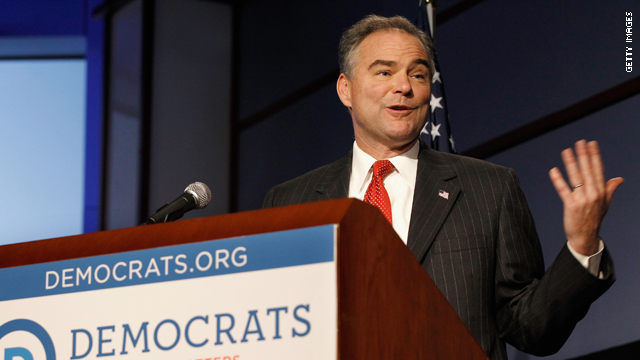 (CNN) - Democratic Senate candidate Tim Kaine of Virginia, who once headed the Democratic National Committee, disagreed with President Barack Obama on the president's call to extend the Bush-era tax cuts for households making under $250,000 per year.

Kaine, a former Virginia governor, argued the threshold should be twice as high, at $500,000.
END_OF_DOCUMENT_TOKEN_TO_BE_REPLACED

WASHINGTON (CNN) - President Barack Obama, fresh from his renewed pitch to cut taxes for the middle class, takes his message to Iowa Tuesday - a trip shadowed by Republican National Committee Chairman Reince Priebus as part of a GOP strategy of "bracketing" the president's public appearances in battleground states.

Biden to Romney: 'Show your papers'

(CNN) - Amplifying the Obama campaign's push for Mitt Romney to release more tax documents, Vice President Joe Biden made some of his most biting remarks yet in a speech Tuesday attacking the presumptive GOP presidential nominee on several fronts.

"He wants you to show your papers, but he won't show us his," Biden said.
END_OF_DOCUMENT_TOKEN_TO_BE_REPLACED

Video: 'Get over it,' Chaffetz says of Romney tax docs

(CNN) - Rep. Jason Chaffetz defended Mitt Romney against Democratic charges that the tax documents he has so far released - his 2010 returns and an estimate of his tax year 2011 liabilities - are insufficient.

"He's released everything that he's required to release including paying more than sixteen percent of his income to charitable giving," the Utah Republican said. "Governor Romney's been very successful. Get over it."

Washington (CNN) - President Barack Obama's re-election campaign released its June fundraising numbers Monday, reporting that it raised $71 million to Republican opponent Mitt Romney's approximately $100 million. The campaign responded with thanks to the more than 706,000 donors who got the campaign to that point but also appealed for more money.

"We still got beat - and not by a little bit," Ann Marie Habershaw, chief operating officer for Obama for America, said in the e-mail. "If we lose this election, it will be because we didn't close the gap enough when we had the chance."

Polls and ad spending tight in Colorado and Iowa

(CNN) - President Barack Obama and Republican challenger Mitt Romney are both campaigning Tuesday in crucial battleground states. Call it a taste of things to come - an appetizer for the main course in September and October with the general election scramble.

The president holds a roundtable with a family in Cedar Rapids, Iowa, followed by a speech at a nearby community college. Romney's in Grand Junction, Colorado, holding a town hall in Grand Junction. Both states are in the center divide along each campaign's highway to 270, the number of electoral votes needed to clinch the presidency. For each candidate, winning the state they are visiting Tuesday would be a major bonus in their electoral game plans.
END_OF_DOCUMENT_TOKEN_TO_BE_REPLACED

Romney on investments: 'Nothing hidden there'

(CNN) - Following a week of blistering attacks from Democrats over Mitt Romney's personal, offshore investments, the presumptive GOP presidential nominee responded Monday and denied any wrong-doing in his finances.

Saying his foreign investments have been held in a blind trust and managed by a trustee, Romney emphasized he has no knowledge of where his money is being placed.
END_OF_DOCUMENT_TOKEN_TO_BE_REPLACED