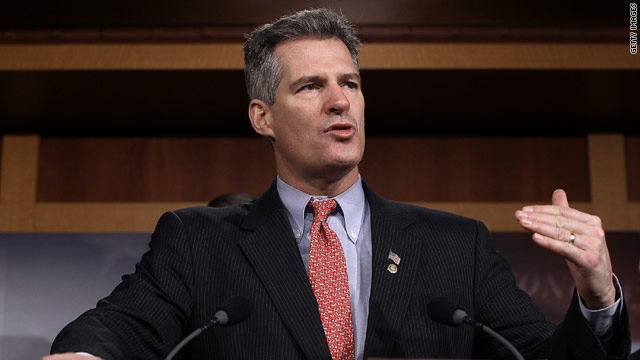 (CNN) - Sen. Scott Brown of Massachusetts raised $5 million in the second quarter of the year, his campaign said Wednesday, which is approximately $3 million less than his Democratic challenger's haul.

His campaign ended the three-month period including April, May, and June with $15.5 million cash on hand and did not say the committee held any debt.

Although Democrat Elizabeth Warren raised $8.6 million in the quarter, she has $13.5 million cash on hand, her campaign said on Monday.

Brown is a first-term Republican who won his seat in a January 2010 election to replace the late Sen. Ted Kennedy.

Each campaign has challenged that the other is benefiting disproportionately from out-of-state donors.

Brown's effort said 66% of donations to the incumbent's campaign came from within Massachusetts.

Neither Brown nor Warren have filed their official reports with the Federal Election Commission, which are due by July 15.

- CNN's Ashley Killough and Gregory Wallace contributed to this report