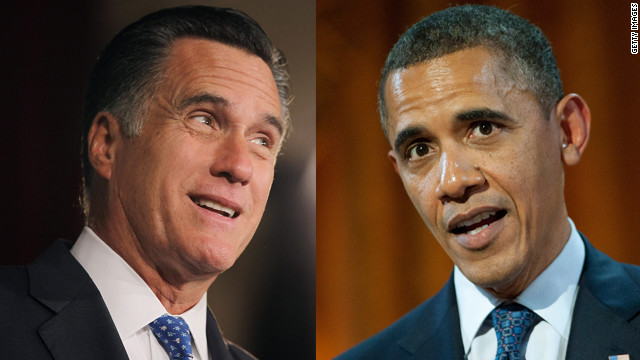 Washington (CNN) - A new average of the latest national surveys indicates that the race for the White House remains all knotted up.

According to a new CNN Poll of Polls compiled and released Wednesday morning indicates that 46% of registered voters say they'd vote for President Barack Obama if the November election were held today, with 45% saying they'd cast a ballot for presumptive GOP nominee Mitt Romney. This latest edition of the CNN Poll of Polls is an average of the three national polls conducted in the past week and a half.

With Obama's one-point margin over Romney well within the sampling error of the surveys, it's fair to say that the presidential race can be considered a dead heat.

The three surveys included in the CNN Poll of Polls average are ABC News/Washington Post (July 5-8), Gallup Daily Tracking Poll (July 2-9) and Quinnipiac University (July 1-8). The CNN Poll of Poll does not have a sampling error.