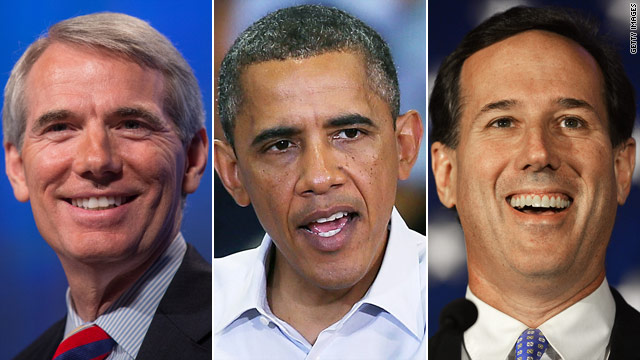 (CNN) - President Barack Obama campaigns in Virginia for a second consecutive day while Mitt Romney is off the trail at his New Hampshire home.

Former Republican presidential hopeful Rick Santorum is back on the campaign trail, stumping for on behalf of Romney, his one-time rival.