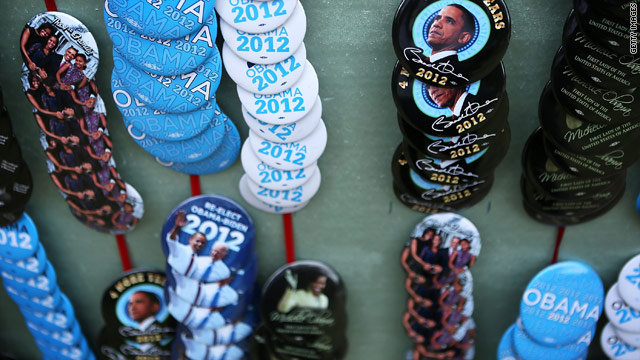 SNEAK PEEK: A BLISTERING ANALYSIS FROM CHARLIE COOK... “The attacks on Bain, outsourcing, and his investments are sticking to Romney like Velcro, and it’s hard to see how that will change until he picks his running mate. Romney has lost control of the debate and the dialogue. Instead of voters focusing on the economy, they are now hearing about investments and accounts in Switzerland and the Cayman Islands, as well as about outsourcing and layoffs.… If I were a Republican, I would be very concerned about the events of the past two weeks, questioning both strategy and tactics as well as the underlying assumptions that have led to the campaign decisions made so far. It would appear that a certain overconfidence has built up in the Romney camp, a smugness that would appear to come from beating an incredibly weak group of underfinanced, poorly organized rivals. … This election is starting to look enough like 2004 that Karl Rove should be demanding royalties from the Obama campaign, and others may conclude that no presidential campaign should ever again be based in Boston.” (Full article will appear on Nationaljournal.com tomorrow).

DEVELOPING: TRYING TO TAME THE BEAST ON VEEPSTAKES... Senior Romney adviser Eric Fehrnstrom tells CNN’s Jim Acosta: "No decision. It could happen anytime between now and the convention but it will only happen after a decision has been made and no decision has been made." .... Earlier in the day, Fehrnstrom fielded questions from a hungry press corps asking about Mitt Romney’s meeting with Governor Jindal: “He met with Governor Jindal but they didn’t talk about VP.” “Education was one of the topics they covered but they did not discuss VP.” “There is no decision on VP.”

MEANWHILE... Sen. Rob Portman, in Lebanon, Ohio, on whether he is a front runner for Romney’s No. 2 spot: “I’ve not gotten into that at all. The campaign can choose to talk about it or not. I am supporting [Romney] very strongly, as you know I’m chairing the effort here in Ohio, and I feel strongly there needs to be a change so I’m going to do everything I can to help him, I plan to do it as a U.S. senator.”

AND ON CAPITOL HILL... Sen. John Thune, R-South Dakota, talks to the Hill about his own meetings with the Romney campaign: Q: And you also have been to Boston and met with the campaign?

THUNE: Yeah, but it’s been a while back.

Q: Have you met with Beth Myers?

THUNE: I met her but it wasn’t a meeting about what you think it’s about.

Q: Are you being vetted?

A: Well, I think the question on that — the way we’ve always answered it, tried to answer that, is that the campaign, that’s a question for them to answer, they’ve got a process in place, we’re respectful of that.

Leading Drudge: Govt to supervise credit reporting for first time
The companies that determine Americans' credit scores are about to come under government oversight for the first time. The Consumer Financial Protection Bureau said Monday that it will start supervising the 30 largest firms that make up 94 percent of the industry. That includes the three big credit reporting firms: Equifax Inc., Experian and TransUnion.

Leading HuffPo: Shel Game: Inside The Investigation Of Casino Billionaire & GOP Moneyman Sheldon Adelson
Now, some of the methods Adelson used in Macau to save his company and help build a personal fortune estimated at $25 billion have come under expanding scrutiny by federal and Nevada investigators, according to people familiar with both inquiries. - Matt Isaacs, Lowell Bergman, and Stephen Engelberg

Leading Politico: Can GOP manage the mic in Tampa?
Every national party convention resembles a sprawling family reunion, but a question looming over the Republican conclave next month in Tampa recalls those get-togethers with Uncle Eddie and the rest in one particular way: how to manage the eccentric cousins who want their turn at the mic? – Jonathan Martin LINK

Washington, D.C., was founded on this day in 1790. Much of it was burned by British troops in the War of 1812, although one of the buildings spared is now the district’s oldest continually used government building. What building is it and who determined its placement?

As Sen. John McCain’s campaign was about to make a “Game Changing” announcement on his vice presidential running mate four years ago, Obama campaign officials were eyeing another person: Tim Pawlenty.

“We probably feared Pawlenty the most because he’s from the upper Midwest, which was another electoral strength for us,” Obama-Biden Campaign Manager David Plouffe acknowledged during a 2008 election post-mortem at Harvard University’s Institute of Politics. “We thought that perhaps he could eat into that a little bit.”

The former Minnesota governor is in the same spot he was four years ago: a top presidential surrogate getting increased attention for his loyalty and deep ties to conservatives. There is little doubt Pawlenty is being vetted by Mitt Romney’s campaign.

In 2008, safe was not a strong enough adjective for McCain to choose Pawlenty as his running mate. Instead, the Arizonan chose Sarah Palin.

Now, “safe” is in style; after all Romney, when asked in a CNN debate to describe himself with one word, chose the word “resolute”.

This candidate trait is of course part of what we call the speculation equation – which ramps up in advance of a vice presidential selection. Some of the vice presidential discussion is informed, while other talk is downright guessing. This story in The New York Times on Monday falls in the former, not the latter category.

A few passages from Jeff Zeleny’s story jumped out at us - including that when Pawlenty was running for the Republican presidential nomination last year the Obama campaign thought the former governor’s “blue-collar upbringing … could be compelling to voters with the economy on their minds.”

A big question this cycle is if Pawlenty’s background as the “son of a truck driver” could be reason enough for Romney to ask him to join the ticket? As of now, Pawlenty is unlikely to deliver his home state of Minnesota for Romney. CNN currently rates Minnesota as “safe Obama.”

The Obama campaign is not talking on the record about Romney’s potential running mates. But a campaign official, speaking on the condition of anonymity, said a lot has changed and the concern about Pawlenty some had voiced in 2008 is no longer applicable. Now, this campaign official could be spinning, but it is interesting to note that the official said the Obama campaign doesn’t think Pawlenty could help deliver the upper Midwest, or has the ability to move voters for Romney.

Still, the former Minnesota governor would seem to be a safe pick for Romney. But Ohio Sen. Rob Portman might also be described as safe and he potentially could help Romney win his state. So the speculation equation goes on, until of course, Romney announces his choice – or the press beats him to it.

- Apparently the president was not referring to Rush -
RUSH LIMBAUGH ON HIS RADIO PROGRAM MONDAY: “I think it can now be said, without equivocation –without equivocation - that this man hates this country ... Barack Obama is trying to dismantle, brick by brick, the American dream. There’s no other way to put this. There’s no other way to explain this. He was indoctrinated as a child. His father was a communist. His mother was a leftist. He was sent to prep and Ivy League schools where his contempt for the country was reinforced. He moved to Chicago. It was the home of the radical-left movement. He hooks up to Ayers and Dohrn and Rashid Khalidi. He learns the ruthlessness of Cook County politics. This is what we have as a president: A radical ideologue, a ruthless politician who despises the country and the way it was founded and the way in which it became great.”

- Palin positions herself as a politician who calls it like she sees it -
SARAH PALIN, WHO HASN’T YET BEEN INVITED TO THE REPUBLICAN NATIONAL CONVENTION, IN THE FORTHCOMING EDITION OF NEWSWEEK: “I’m sure I’m not the only one accepting consequences for calling out both sides of the aisle for spending too much money, putting us on the road to bankruptcy, and engaging in crony capitalism.”

- Stubborn Electorate? -
ROMNEY CAMPAIGN POLLSTER NEIL NEWHOUSE ON OBAMA CAMPAIGN’S CURRENT ADVANTAGE: “President Obama’s campaign will never have a more substantial advertising advantage than it has had over the past few weeks, yet there is no evidence to suggest that the ballot has moved. If throwing the kitchen sink at Gov. Romney while leveraging a two-to-one ad-spending advantage doesn’t move numbers for the president, that’s got to tell you something about the state of the electorate.”

TRIVIA ANSWER
Under Gen. Robert Ross, British troops burned many government buildings in the new capital, including the Capitol and what is now known as the White House.

But they spared the U.S. Marines Home of The Commandants, which is now understood to be the oldest “continuously occupied public building in Washington, D.C,” according to the Marine Corps:

This omission by the British has given rise to several legends as to why the house was spared. One version is that Ross and Adm. George Cockburn, commanding the British troops, spared it to use as their headquarters, then neglected to apply the torch upon their withdrawal.

Another contends that Marines at the Battle of Bladensburg so impressed Ross that he ordered the house and the barracks spared as a gesture of soldierly respect.

As to how the home was selected, the Marine Corps says President Thomas Jefferson and Lt. Col. William Ward Burrows rode the city on horseback and selected a plot between the Capitol and the district’s Navy Yard, which the Navy says is their oldest shore establishment.

There were no correct answers to today’s trivia question. Better luck tomorrow.

WANT TO GO TO THE CONVENTIONS?
CNN has your political ticket!

From now through Sunday, August 5, head over to CNN.com/iReport to upload a video or photo telling CNN why you should be selected to help cover the events of the RNC or DNC alongside CNN.

The selected recipients will receive an all-expense paid trip to Tampa or Charlotte, plus VIP access to the CNN Grill and CNN’s live broadcasts, a special meet and greet with CNN talent, and more.

The winners will be announced the week of August 12. Six entries (each allowed a guest) will be selected. Visit http://www.iReport.com/conventions for more information.

Tips or comments? Send them to Michelle; send complaints to Preston, because he is already in a bad mood. We also want to give a shout out to Dan Merica, who runs our Twitter account @gutCheckCNN and enriches this product every single day.