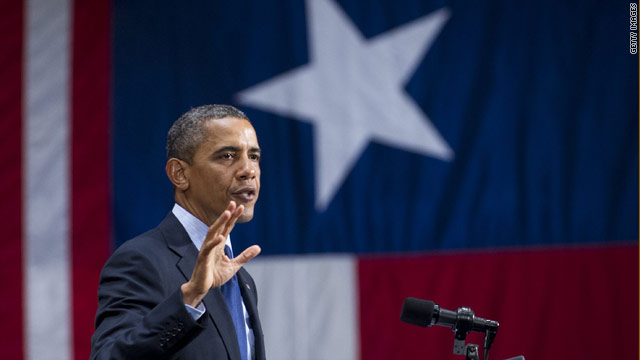 Obama picks up campaign cash in the Lone Star State

San Antonio, Texas (CNN) – President Barack Obama took his campaign to one of the reddest states in the country on Tuesday, telling a crowd of roughly 1,200 supporters at a lunch-time fundraiser here that while he may not win their home state in November, Texas Democrats should be optimistic about the future.

“You’re not considered one of the battleground states, but that’s going to be changing soon,” Obama said to applause, referring to Texas’ changing demographics that many analysts predict may help shift the state’s political leaning.