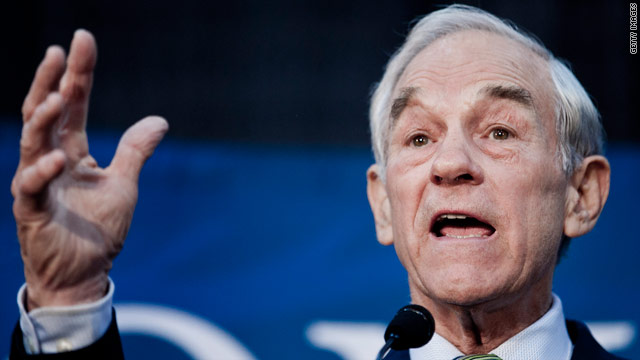 The longtime congressman from Texas and GOP presidential candidate is the latest in a number of Republicans who think the presumptive GOP nominee would be wise to give further transparency into his finances to satisfy a political calling headed by Democrats.

"Politically, I think that would help him," Paul told Politico in an interview Tuesday. "In the scheme of things politically, you know, it looks like releasing tax returns is what the people want."

Paul said he doesn't know why Romney hasn't release more tax returns, adding however, that the issue is a distraction and way to avoid talking about the real issues facing the country.

"It's a shame. The important issue is [what] the two candidates seem to agree on. They don't really disagree with militarism overseas, they don't disagree with the Federal Reserve system and the bailouts, and they don't disagree on basically whether the role of federal government is wealth redistribution through welfare. So instead, they're talking about tax returns and that to me is so disappointing," Paul said.

Romney has stood firm on his commitment to release only two years of his tax returns - with 2010 and an estimate of his 2011 taxes available. He pledges to release his full returns for last year once they're ready. He filed an extension with the Internal Revenue Service, meaning he may not put out his returns until the October filing deadline.

President Barack Obama's re-election campaign continues to mount an attack against the former Massachusetts governor, releasing a television ad in Pennsylvania Tuesday saying that Romney "has used every trick in the book" when it comes to his finances.

A number of Republicans – including Matthew Dowd, George Will and former Mississippi Governor Haley Barbour – have in recent days urged Romney to release more taxes returns to keep political attacks at bay.