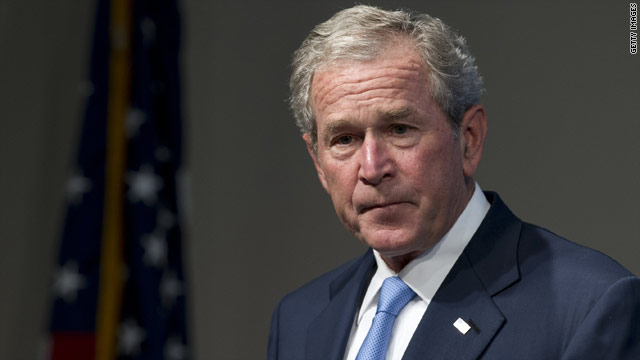 (CNN) – George W. Bush says the “afterlife” of his Presidency has been, simply put, "awesome."

Bush’s wife, Laura, used the term “afterlife” to describe life after the presidency as documented by Bush in his book, "Decision Points," published after he left the White House. Asked by interviewer Peter Robinson of the Hoover Institution what Bush wanted to accomplish in his “afterlife,” Bush said contrary to the name, the “afterlife” has been “awesome.”

Bush discussed presidential life and work at the Bush Institution coinciding with the launch of the former president's book on economic growth - "The 4 Percent Solution: Unleashing the Economic Growth America Needs."

“Eight years was awesome, and I was famous and I was powerful but I have no desire for fame and power any more,” said Bush referring to his presidency.

Bush, who has been relatively absent from public life since leaving office, said he feels "a certain sense of liberation" stepping out of the spotlight.

"Well the other person who has served as a role model for me for a long time was George H. W. Bush, who famously said once you leave the stage you stay off the stage, and I thought long and hard about that. And decided that not being on the stage was something I am comfortable with," said Bush.