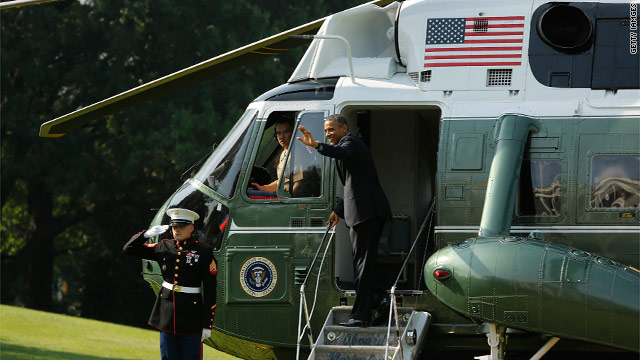 (CNN) - President Barack Obama starts a two-day swing through Florida on Thursday - his seventh trip to the Sunshine State this year.

The battle for the state's 29 electoral votes is a dead heat, according to the most recent polling. A Mason-Dixon survey conducted July 9-11 indicated that 46% of registered voters in Florida were backing the president, with 45% supporting Republican challenger Mitt Romney. Obama's 1-point edge was well within the poll's sampling error.

Both campaigns and super PACs and other independent groups backing the candidates have flooded Florida airwaves with commercials.

The data covers the period from April 10 through July 15. Romney became the party's presumptive nominee after former Sen. Rick Santorum of Pennsylvania suspended his campaign on April 10. Santorum had been Romney's main rival for the nomination after Newt Gingrich's star faded.

Obama carried Florida by three percentage points over Republican nominee Sen. John McCain in 2008. Republicans fared well in Florida in the 2010 midterms, grabbing back four House seats that were held by Democrats.