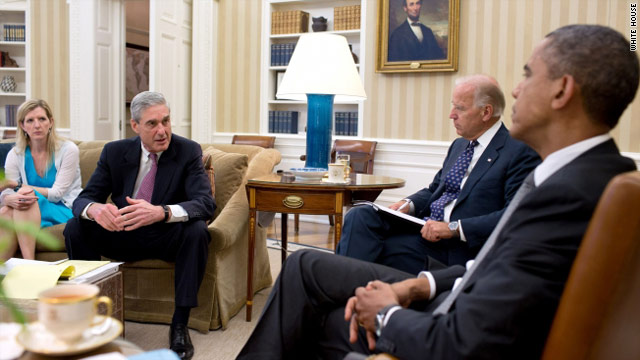 Obama to meet with families of victims in Colorado

(CNN) - President Barack Obama will travel to Colorado Sunday to visit with the families of victims who died in Friday's movie theater shooting, the White House said late Saturday.

Homeland Security adviser John Brennan updated Obama overnight Friday and Saturday regarding developments in the investigation and authorities' efforts to disarm traps which had been set at the suspect's apartment, an administration official told CNN earlier.

Brennan alerted the president of the shooting shortly before 5:30 a.m. ET on Friday.

Just after 7 a.m. on Friday, Obama issued a statement calling the shooting "horrific and tragic," as well as saying his "administration will do everything that we can to support the people of Aurora in this difficult time."

Both he and Republican presidential candidate Mitt Romney modified their campaign plans, and instead each delivered a statement on the shootings.

"Even as we learn how this happened and who's responsible, we may never understand what leads anybody to terrorize their fellow human beings like this," he said at what was previously planned to have been a campaign event in Fort Meyers, Florida. "Such violence, such evil is senseless. It's beyond reason. But while we will never know fully what causes somebody to take the life of another, we do know what makes life worth living."

After the event, Obama "had a brief greeting with supporters including grassroots and some donors who were scheduled to be at the event," a senior campaign official said.

Colorado Gov. John Hickenlooper said at a Friday press conference that Obama had called him and the city's mayor.

Both Romney and Obama pulled down their ads in Colorado, as did several groups which are supporting their candidacies.