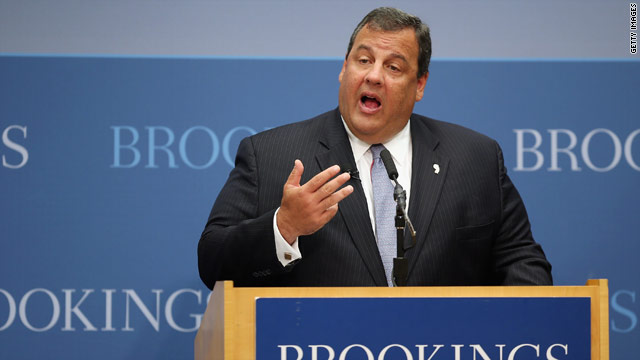 (CNN) - New Jersey Gov. Chris Christie on Monday chastised those who seized on Friday's Aurora, Colorado, shooting to call for gun law changes, saying it was too soon to use the massacre as part of a political debate.

"This is just not the appropriate time to be grandstanding about gun laws," the Republican governor said at an event in Trenton, New Jersey. "Can we at least get through the initial grief and tragedy for these families before we start making them political pawns?"
END_OF_DOCUMENT_TOKEN_TO_BE_REPLACED

(CNN) – The Republican National Committee on Tuesday will launch a new attack campaign against President Barack Obama, targeting the president over his comments on the economy and record of job creation.

Using a web video, "These aren't gaffes," supplemented by a research piece, the RNC will focus on the president's recent "build that" remark and resurrects a comment he made in June in which he said the private sector was "doing fine" compared to the public sector.
END_OF_DOCUMENT_TOKEN_TO_BE_REPLACED

"I have a responsibility, just like you do, just like everybody does in this country, to try to address the key issues," he said on CNN's "Piers Morgan Tonight." "You and I can't solve the problem, but we can demand that those elected officials who are – or want to be in charge, have a solution to the problem."

Romney: New gun laws won't make a difference 'in this type of tragedy'

(CNN) - Continuing the debate over gun rights after Friday's Aurora, Colorado movie theatre shooting, Mitt Romney on Monday argued there was no need for new gun laws and stood by legislation he signed as Massachusetts governor banning assault weapons.

"I still believe that the Second Amendment is the right course to preserve and defend and don't believe that new laws are going to make a difference in this type of tragedy," Romney said on CNBC.
END_OF_DOCUMENT_TOKEN_TO_BE_REPLACED

In a three-page letter to the top Pennsylvania elections official Carol Aichele, Assistant Attorney General Thomas Perez said the Justice Department is reviewing the law "which establishes among other requirements that voters provide photographic proof of their identity as a prerequisite to vote." 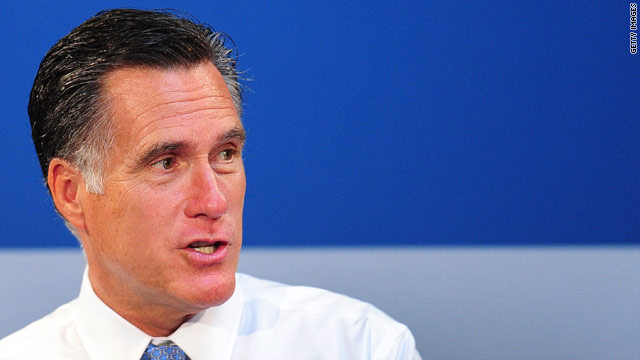 Costa Mesa, California (CNN) - After the two presidential candidates engaged in a three-day political détente following a deadly shooting in Colorado, Mitt Romney on Monday reprised his criticism of President Barack Obama for his "you didn't build that" remark about business.

At his only public campaign event during a lucrative fund-raising swing through California, Romney also called out Obama for the time the president spends raising money for his re-election campaign coffers.
END_OF_DOCUMENT_TOKEN_TO_BE_REPLACED 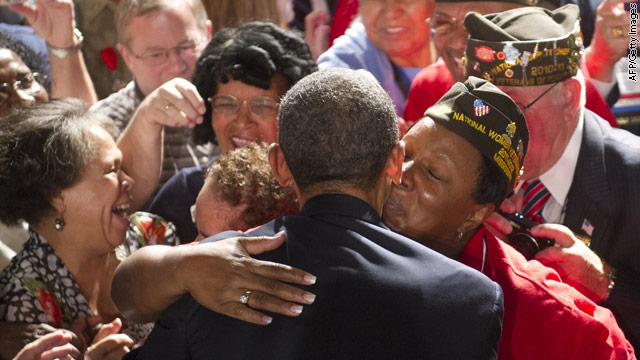 The president began his remarks at the annual Veterans of Foreign Wars convention paying tribute to four of the 12 victims who were either serving or had served in uniform. 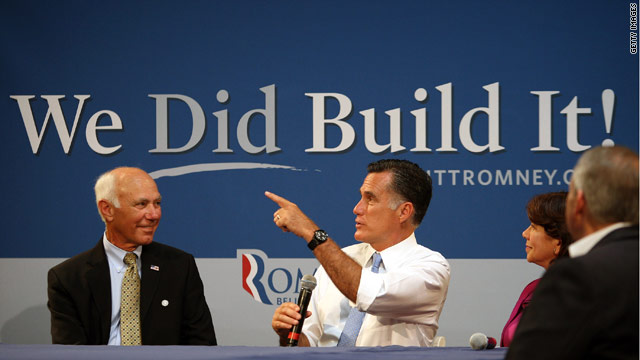 (CNN) - Mitt Romney's campaign had a new background at event in Costa Mesa, California on Monday.

As he spoke with small business owners at a roundtable event, a large backdrop behind him read, "We did build it!"
END_OF_DOCUMENT_TOKEN_TO_BE_REPLACED 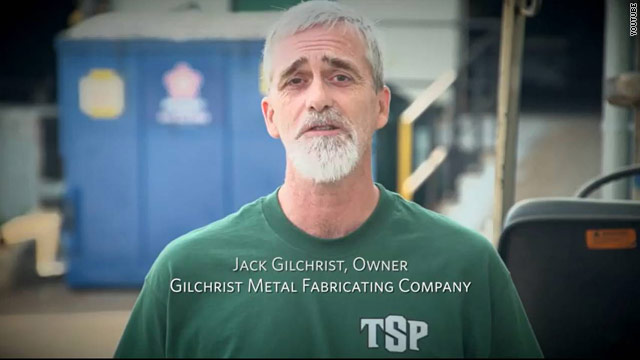 (CNN) - A man who starred in a television ad for Mitt Romney's campaign received government help while building his family's small business, despite implying in the commercial that he did so without assistance, according to a report Monday by the Union Leader in New Hampshire.

Jack Gilchrist of Gilchrist Metal Fabricating said in the ad that he and his father created the company.
END_OF_DOCUMENT_TOKEN_TO_BE_REPLACED 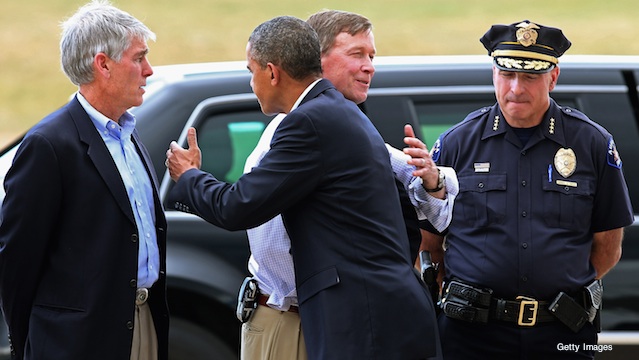 BREAKING… OBAMA TALKS SEQUESTRATION DURING VFW REMARKS, ATTEMPTS TO PUT BALL IN REPUBLICAN’S COURT: “Let's understand, first of all, there's no reason that it should happen. People in congress ought to be able to come together and agree on a plan come together, lower deficit, keep military strong. It should be done. A number of Republican members of congress don't want you to know they voted for cuts. Trying to wriggle out of what they agreed to do. Instead of making tough choices to cut deficit, rather protect tax cuts for wealthiest Americans even if it risks big cuts in our military. I got to tell you, VFW. I disagree. If choice is between tax cuts that wealthy Americans don't need and funding our troops I will stand with our troops every single time. Let's stop playing politics with our military, let’s get serious, and reduce deficit and keep our military strong.”

DEVELOPING… NO MOVEMENT ON GUN CONTROL: CNN’s Candy Crowley reports on the dormant state of the gun control debate, and why it's likely to remain so: “Congress passed a 10-year ban on more than a dozen kinds of assault weapons in 1994. Months later, Democrats lost the House majority. In 1999, Al Gore brings down gavel on gun control. Gore lost his presidential bid for many reasons but by 2000, Democrats concluded that gun control was bad politics,” reports Crowley. “Since then Democrats have recruited pro-gun candidates in rural areas, the South and the interior West.”

“There has been no action because there is no outrage out there. People haven't rallied forward,” Sen. Dianne Feinstein said on Fox News Sunday. “Nothing has moved the meter for more than a decade. Not the deaths of 32 people at Virginia Tech in 2007, the 13 shooting deaths at Fort Hood in 2009, the six shot and killed outside a Safeway in Tucson in 2011. Not since Al Gore’s tie-breaking vote in 1999 has Congress passed a major piece of gun control legislation.”