Washington (CNN) – A new poll released Tuesday indicates that as the 2012 presidential race has grown uglier, the favorability ratings of President Barack Obama and Mitt Romney have decreased.

In the NBC News/Wall Street Journal poll, 32% of respondents said their view of Obama was “very negative,” a number that is up six points since the same question was asked in April.
END_OF_DOCUMENT_TOKEN_TO_BE_REPLACED

(CNN) - Two new campaign ads released this week by President Barack Obama's re-election team were filmed in the West Wing of the White House, sources confirmed to CNN on Tuesday.

While some took issue with the commercial’s location, Obama is building on a practice followed by many of his predecessors. A recent exception was his immediate predecessor, George W. Bush, who did not use White House interiors in campaign ads.
END_OF_DOCUMENT_TOKEN_TO_BE_REPLACED

Washington (CNN) - Last week's massacre in Colorado dominated the dialogue on Capitol Hill Tuesday as top Democrats called for a national conversation on gun control but declined to offer any new proposals on the hot button issue.

Citing the alleged shooter's use of an assault weapon equipped with a high capacity ammunition magazine that could fire 100 rounds, a group of congressional Democrats pressed for a ban on the sale of this type of ammunition. Similar legislation was introduced last year after a mass shooting in Tucson that left six dead and 13 wounded, including former Rep. Gabrielle Giffords, D-Arizona.
END_OF_DOCUMENT_TOKEN_TO_BE_REPLACED

Washington (CNN) - The Senate is poised to cast votes Wednesday on competing Democratic and Republican plans to extend the Bush-era tax cuts that expire at the end of the year.

While neither proposal is expected to pass, each represents what amounts to an opening bid for what is sure to be a frenzied negotiating session after the election as the economy nears the so-called “fiscal cliff.”
END_OF_DOCUMENT_TOKEN_TO_BE_REPLACED

(CNN) – The White House and Congressional Democrats are using a Senate vote on Wednesday to try and force Congressional action on a tax cut compromise. At issue is President Obama’s proposal to extend only Bush-era tax cuts on income below $250,000 a year, while allowing cuts for everything over that threshold to expire at the end of the year.

In anticipation of the vote, the National Economic Council released a study on Tuesday surveying the economic effects of the president’s plan, and Vice President Joe Biden held a rare conference call with reporters to hammer home the significance of finding a compromise.

DEVELOPING: ROMNEY SEIZES ON COMMENTS BY SEN. DIANNE FEINSTEIN, LEADING THE CALIFORNIA DEMOCRAT TO DEFEND HERSELF:

- Feinstein pushes White House on leaks -
SEN. DIANNE FEINSTEIN ON MONDAY IN A QUESTION AND ANSWER SESSION AT THE WORLD AFFAIRS COUNCIL: “I think the White House has to understand that some of this is coming from its ranks. I don’t know specifically where, but they have to begin to understand that, and do something about it. There’s one book they can read and see it very clearly, and I think that should be the case. I think you know what the president actually knows about this is difficult, because with respect to intelligence, he’s in a bubble. He has his daily brief, called the PDB, the president’s daily brief, early every morning. And so he gets a briefing of intelligence. I don’t believe for a moment he goes out and talks about it. I don’t believe the briefers go out and talk about it. But who knows who else.”

- Romney quotes Feinstein -
MITT ROMNEY IN A SPEECH TO THE VETERANS OF FOREIGN WARS: "It is not enough to say the matter is being looked into, and leave it at that. When the issue is the political use of highly sensitive national security information, it is unacceptable to say, 'We'll report our findings after Election Day.'"

- Feinstein pushes back on Romney’s use of her comments -
DIANNE FEINSTEIN IN A PRESS RELEASE: “I am disappointed by the statements made by Mr. Romney today regarding a question I was asked yesterday at the World Affairs Council. I was asked whether the White House might be responsible for recent national security leaks. I stated that I did not believe the president leaked classified information. I shouldn’t have speculated beyond that, because the fact of the matter is I don’t know the source of the leaks.”

END_OF_DOCUMENT_TOKEN_TO_BE_REPLACED 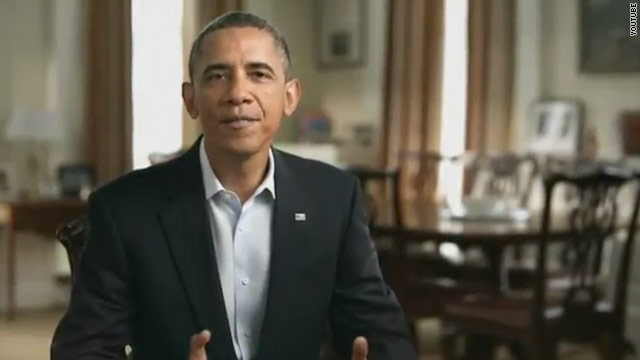 Titled "Always," the commercial will air beginning Wednesday in a slew of key battleground states – Virginia, Iowa, North Carolina, Florida, Ohio and Nevada, according to the campaign.
END_OF_DOCUMENT_TOKEN_TO_BE_REPLACED 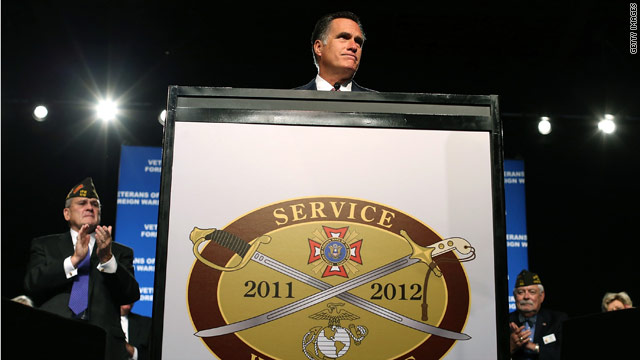 Reno, Nevada (CNN) – Mitt Romney foretold an "American Century" based on military and economic strength Tuesday in a major foreign policy address ahead of his trip to Europe and Israel.

Ashburn, Virginia (CNN) - The woman in charge of the secret search for a running mate for Mitt Romney made rare public comments on the vetting process itself on Tuesday.

In praising the "deep bench" of Republican vice presidential potentials, Beth Myers even mentioned one name that's sure to inflame the guessing game.
END_OF_DOCUMENT_TOKEN_TO_BE_REPLACED