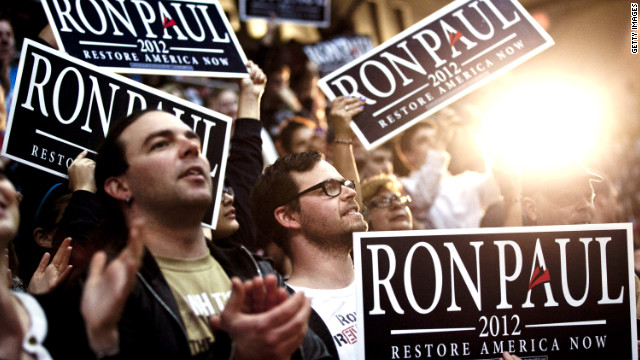 BREAKING: Senate passes Democratic tax plan, rejects GOP version… The U.S. Senate on Wednesday passed a Democratic plan to extend the Bush-era tax cuts for middle income Americans while rejecting a Republican alternative to continue all of the cuts - twin votes that help to crystallize the position of the two parties on a critical issue heading into the fall campaign.

All four debates - three presidential and one vice presidential - will air from 9 to 10:30 p.m. ET and feature a single moderator. The moderators will be announced next month.

– The first presidential debate, which will be held on October 3 at the University of Denver in Colorado, will focus on domestic policy and be divided into 15-minute topic segments.

– The second presidential debate, which will be held October   Hofstra University in Hempstead, New York, will use a town-hall format where undecided voters will ask the candidates questions on domestic and foreign issues.

– The third presidential debate, which will be held October 22 at Lynn University in Boca Raton, Florida, will focus on foreign policy and be divided into 15-minute topic segments.

– The sole vice presidential debate, which will be held October 11 at Centre College in Danville, Kentucky, will feature questions on both domestic and foreign policy and be divided into 10 minute segments.

TRAIL TRIVIA
(Answer below)
What president had the longest post-presidency retirement?

Just hours ago, the House overwhelmingly approved Ron Paul’s bill to audit the Federal Reserve, and we couldn’t help but wonder what Darryl Williams and Benjamin Kline or Ashley Ryan were thinking when the 327 to 98 vote total was announced.

After all it is the likes of Williams, Kline and Ryan who helped fuel the “Ron Paul Revolution” – a grassroots movement made up of an eclectic group of people drawn to the Texas congressman’s brand of libertarian Republicanism in his 2008 and 2012 bids for the White House.

We met Williams and Kline in Philadelphia on a rainy April day in Philadelphia, and spoke with Ryan in mid-May as we contemplated the political future of Sen. Rand Paul, R-Kentucky.

While Ron Paul lost his presidential bids, he also gained fame and access to a broader audience on the campaign trail which he used as a soapbox to promote his ideals and ideas such as auditing the Federal Reserve and ending the war in Afghanistan. Paul is leaving Congress and Washington, but those who support him don’t think the movement will dissipate.

"I think the fire he has ignited is still going to keep burning in the hearts of people who love liberty and this country and are really tired of both sides of the political spectrum behaving in such an extreme fashion," Williams said back in April.

As for an eventual successor, in May we looked no further than his son, the Kentucky Republican beloved by tea party activists and respected by his father’s followers. We have no reason to change our minds, although we don’t expect Ron Paul to go away just because he is leaving elected office. For now, Paul is planning his rally at the Republican National Convention with the blessing of the Romney campaign.

But before Tampa, in fact in just a couple of hours, Ron Paul will be attending an event at Catholic University that will be attended by more than 300 young activists who fuel the Ron Paul Revolution. We were once told by a close associate of Ron Paul that he derives energy from speaking at college campuses. And we suspect that next year, when others are being sworn-in for a new two year term in the House – Paul will be finalizing his 2013 college tour.

Leading CNNPolitics: Are Obama's negative ads getting bang for the buck?
President Obama's re-election campaign has spent millions of dollars over the past few weeks in an advertising blitz aimed at negatively defining GOP challenger Mitt Romney. – Halimah Abdullah

Leading Drudge: Bogdanovich: Movies Partly To Blame
The director of "Targets" says: "People go to a movie to have a good time, and they get killed. … It makes me sick that I made a movie about it."

Leading HuffPo: Climate Change Effects: Things Global Warming Just Might Ruin For Your Kids
The continental U.S. has just experienced the hottest 12 month period in recorded history. The West is on fire. The Maldives are going underwater and California can expect a sea level rise of six inches in less than 20 years. – James Gerken

Leading Politico: Ron Paul's swan song
On Wednesday afternoon, a small piece of his grand vision will hit prime time, when a great majority of the House will vote to pass his Audit the Fed bill. To understand how remarkable this moment is — coming near the end of Paul’s congressional career — consider this: When Paul first introduced his bill a decade ago, it was written off as another piece of his far-flung libertarian worldview. For a long time, Paul was a lawmaker who was largely ignored by Washington — that guy on the losing end of 414-1 votes. – Kate Nocera

Leading New York Times: Hand-to-Hand Combat for Control of the House
Since 2006, members of the House have faced electoral waves that swept away scores of incumbents. But the 2012 struggle for control of the House is shaping up less as a partisan surge than as a series of squalls, in which the outcome will largely depend on individual survival skills rather than a national movement. – Jennifer Steinhauer

- Romney says he wants efficiency, not cuts -
MITT ROMNEY IN AN INTERVIEW WITH KTVN IN RENO, NEVADA: “I have some programs I’d like to make more efficient. I’m sure there is waste and inefficiency in the Department of Defense but I want to use the funding in the Department of Defense to care for our veterans, to rebuild our military might and make sure America is so strong no one would think of testing us.”

- Biden calls top-down economics ‘like religion’ for Republicans -
VICE PRESIDENT JOE BIDEN IN A SPEECH TO THE INTERNATIONAL ASSOCIATION OF FIRE FIGHTERS: “This is not your father’s Republican Party. They really believe they have to cut you and millions of other middle class Americans to rebuild this economy. They believe, at its core, they believe the way to build the economy of this great nation is from the top down, it's like religion with them, they actually believe it.”

- Republican says negative ads won’t work … for either side -
REPUBLICAN REP. RANDY FORBES OF VIRGINIA IN AN INTERVIEW ON CNN’S “STARTING POINT”: “I think we're going to continue to see a lot of these negative ads on both sides. I just don't think they are going to work that much. I think by the time we get to November, people are going to look on the records and make decisions based on the policies that both candidates have, and they are going to be basing their votes on their pocketbook. Who they think will turn this economy around and get them jobs.”

- Will Obama really visit Israel? Fallon is skeptical -
COMEDIAN JIMMY FALLON JOKED ABOUT PRESIDENT OBAMA ON HIS LATE NIGHT TALK SHOW: “The White House announced that President Obama will visit Israel during his second term in office. Of course when they heard the second term part, Israel was like, "we'll put you down as a maybe.”

When Herbert Hoover’s presidential term ended on March 4, 1933, he was 58. Hoover lived to the ripe old age of 90, meaning the length of his post-presidential retirement was 11,553 days – the longest of any president.

But Hoover is not likely to hold this distinction for much longer. Jimmy Carter is only 44 days behind Hoover, with a total of 11,509 post-presidential retirement days. Since Carter is still living, every day is one day closer to passing Hoover, and Carter should become the president with the longest post-presidential retirement on September 8, 2012.

Another interesting tidbit – the president with the shortest post-presidential retirement is James Polk, who died at a young 53 years on June 15, 1849. His retirement was only 103 days long.

Congrats to Gut Check fan and CNN employee Marlena Baldacci (@MarlenaCNN) for correctly answering today’s Gut Check Trivia question. Though Marlena first answered Carter – she must have been skewed by the fact she now works in Atlanta – she quickly corrected herself by tweeting “Herbert Hoover.” Gut Check awards a silver medal to Jonathan Kappler (@jonathankappler), who finished a close second to Baldacci.