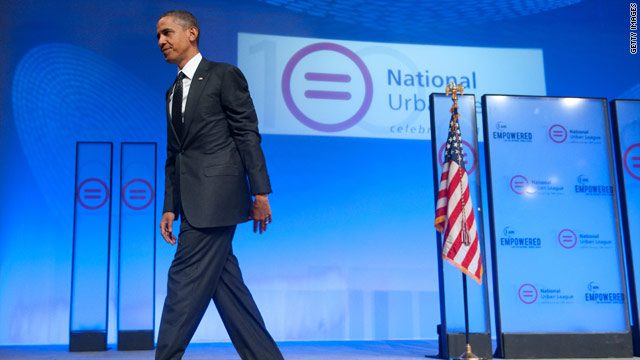 (CNN) - President Barack Obama on Wednesday announced an initiative he said will give African-American students greater access "to a complete and competitive education from the time they're born all through the time they get a career."

Speaking Wednesday night at a National Urban League gathering in New Orleans, Obama said he has issued an executive order establishing the White House Initiative on Educational Excellence for African Americans, saying, "A higher education in a 21st century cannot be a luxury. It is a vital necessity that every American should be able to afford," he said.