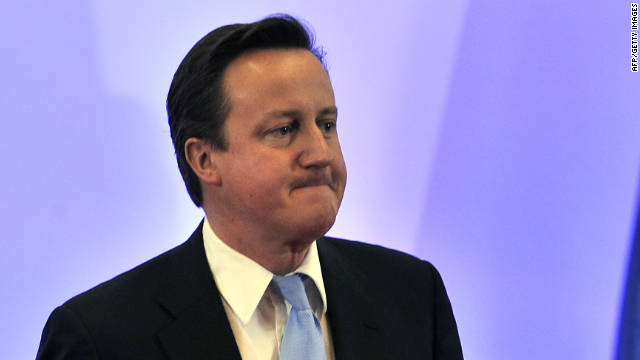 On Wednesday the prime minister hosted a reception for members of the gay, lesbian, bisexual and transgender community at 10 Downing in which he renewed his commitment to legal same sex civil marriage.

Romney has consistently said he opposes same-sex marriage, and reiterated his view in interviews following President Barack Obama’s announcement in May that he supported marriage rights for gays and lesbians.

"My position is the same on gay marriage as it's been well, from the beginning, and that is that marriage is a relation between a man and a woman,” Romney told KCNC in May. “That's the posture that I had as governor and I have that today."

British law currently does not allow members of the same sex to marry, though civil partnerships are permitted nationwide.

Romney and Cameron met Thursday morning, one of a series of meetings Romney held with British political leaders on the first day of his three-country foreign swing.