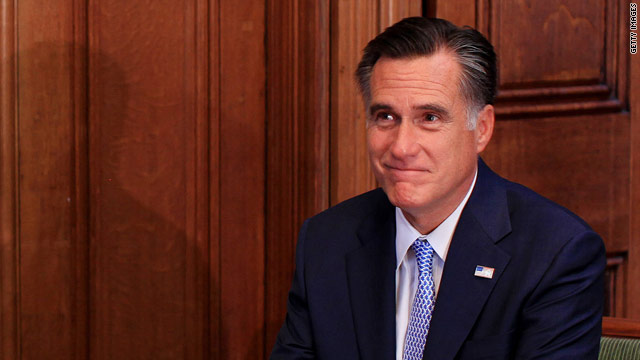 The Union Leader wrote Thursday the refusal to release anything beyond the two years amounted to secrecy.

"Maintaining the secrecy creates the impression, justly or not, that there is something there to hide," the newspaper editorial read. "No escaping that reality. The impression is there. And it will cost Romney votes he cannot afford to lose. Those voters might not cast their ballots for Obama, but not voting can be just as damaging. And yes, for using the tax dodges and loopholes legally available to him, he might lose votes as well."

The Union Leader is not the first conservative publication to call on Romney for more tax disclosure. The National Review used a similar argument as the New Hampshire paper in making their case last week.

"Romney may feel impatience with requirements that the political culture imposes on a presidential candidate that he feels are pointless (and inconvenient)," the National Review wrote. "But he's a politician running for the highest office in the land, and his current posture is probably unsustainable. In all likelihood, he won't be able to maintain a position that looks secretive and is a departure from campaign conventions. The only question is whether he releases more returns now, or later – after playing more defense on the issue and sustaining more hits."

In the Union Leader editorial, the writers question why Romney had not prepared to disclose more tax information in the lead up to his presidential campaign, saying the candidate's "presidential aspirations predate the tax returns in question."

"What could he possibly have been thinking when he failed to ensure that everything contained in those documents was above reproach?" the Union Leader asked. "Or was he simply not thinking at all? Surely he could not have arrogantly believed that he could withstand any storm that developed by bluffing his way through it? If so, it hasn't worked."

The Union Leader is New Hampshire's largest paper, and a leading conservative voice in the state. New Hampshire is labeled a toss up on CNN's Electoral Map and carries four electoral votes.