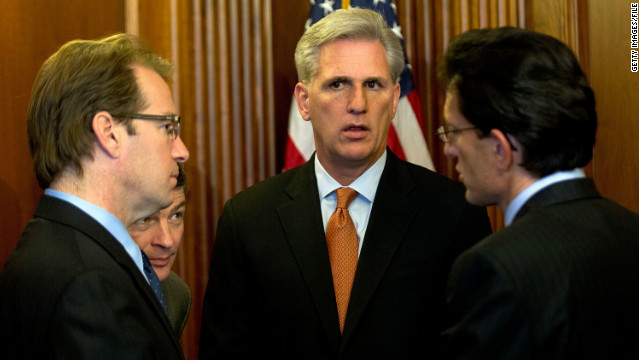 Leaving small business owners out of the Bush tax cut extension, Rep. Kevin McCarthy, center, says, could kill small businesses. But the upcoming vote may be more about the general election than the taxes.
July 27th, 2012
07:02 PM ET

Washington (CNN) - Republicans and Democrats on Capitol Hill are gearing up for a vote next week on a House Republican bill to extend all the current tax cuts, but the debate is really aimed at the vote that comes three months later.

The GOP bill is expected to pass narrowly, mostly along party lines. But both political parties are using Congress' big fight over taxes to frame voters' choice in the November election.