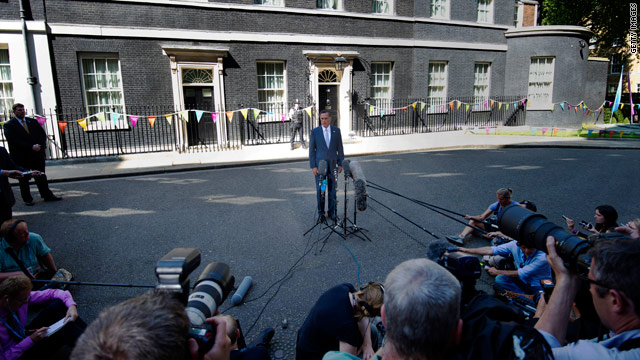 Update: The campaign said Sunday it will now allow the press to cover Romney's remarks at the fund-raiser, but reporters will be escorted out before he takes questions from the audience.

That decision is a change in practice from an agreement the campaign and media outlets, including CNN, reached with the campaign last spring.

Romney press aide Rick Gorka told reporters following Romney on his international trip that the fund-raiser was closed press, but offered no explanation as to why. Romney touched down Saturday in Israel and will head later to Poland.

A rotating small number of reporters attend the candidate's fund-raisers held in public places - such as Jerusalem's King David Hotel, the site of Monday's event - and share their reporting with other outlets, but reporters are not allowed into Romney's fund-raisers in private homes.

Among those who may attend the fund-raiser is billionaire Sheldon Adelson, the major Republican donor who last month donated millions to the primary super PAC supporting Romney.

The campaign of President Barack Obama allows a similar pool of reporters to attend some Obama campaign fund-raisers, excluding those at which Obama will not deliver remarks. Some of those venues have included hotel fund-raisers.

Romney's closed-door fund-raisers and his private comments to donors were highlighted when reporters from NBC News and The Wall Street Journal overheard Romney telling donors in a backyard in April that as president he might close the Department of Housing and Urban Development and scale back the Department of Education, items he had not rolled out in public events at the time.

In another tweet, he added, "Is it because Sheldon Adelson, the SuperPac King, will be among the guests?"