The former president will give a primetime speech on Wednesday, September 5, in which he is expected to starkly lay out the differences in the economic policies of the two parties and describe why Obama is the best choice compared to presumptive GOP nominee Mitt Romney, the aide said.
END_OF_DOCUMENT_TOKEN_TO_BE_REPLACED 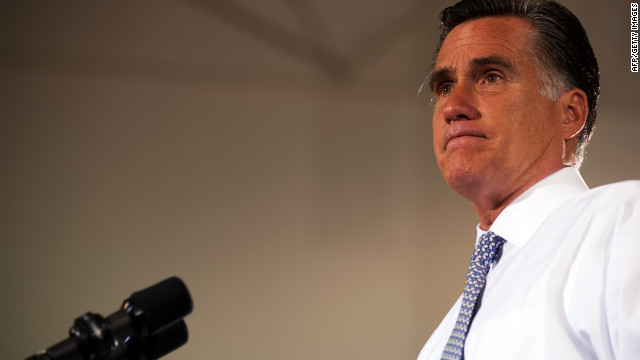 (CNN) – Romney defended himself Sunday from an upcoming Newsweek cover that suggests he's a "wimp."

“If I worried about what the media said I wouldn’t get much sleep,” said Romney in an interview in with CBS’ “Face the Nation” in Jerusalem on Sunday. “And I’m able to sleep pretty well.”
END_OF_DOCUMENT_TOKEN_TO_BE_REPLACED

The slew of high-profile surrogates covered the country over the weekend hounding President Barack Obama for what they say is a failed economic and foreign policy, all the while singing Romney’s praise.
END_OF_DOCUMENT_TOKEN_TO_BE_REPLACED

Jerusalem (CNN) - Warning that a nuclear-capable Iran would lead to war, presumptive Republican presidential nominee Mitt Romney on Sunday pledged to support “any and all measures” to keep Iran from developing a nuclear bomb.

During what his campaign billed as a major foreign policy speech in Jerusalem, Romney said he hoped economic and diplomatic steps would deter the Islamic republic from pursuing the ability to develop nuclear weapons - but “no option should be excluded.”
END_OF_DOCUMENT_TOKEN_TO_BE_REPLACED

"A nation has the capacity to choose its own capital city, and Jerusalem is Israel's capital," Romney told CNN's Wolf Blitzer in an interview set to air Monday. "I think it's long been the policy to ultimately have our embassy in the nation's capital of Jerusalem." 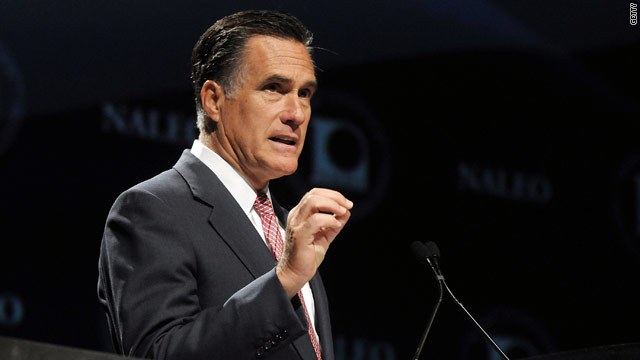 (CNN) - Presumptive Republican presidential nominee Mitt Romney, speaking in Jerusalem, says: "With much of the Middle East in tumult, with Iran bent on nuclear arms, America's vocal and demonstrated commitment to defense of Israel is even more critical."

Jerusalem (CNN) - The leaders of the liberal Labor Party in Israel took issue with Mitt Romney's decision to cancel a meeting during the presumptive GOP nominee's trip in Israel on Sunday.

Romney made a "last-minute cancellation" with Labor Party Leader Shelly Yachimovich, according to Labor parliamentary member Isaac Herzog, who was also scheduled to take part in the session.
END_OF_DOCUMENT_TOKEN_TO_BE_REPLACED

(CNN) - Presumptive Republican nominee Mitt Romney is midway through his three-country overseas tour. He arrived in London Wednesday, and is traveling to Israel and Poland.

(CNN) – Sen. John McCain made a mistake in 2008 by picking then-Alaska Gov. Sarah Palin as his running mate, former Vice President Dick Cheney said in an interview that aired Sunday.

Cheney led the vice presidential search for Gerald Ford in 1976, and again for George W. Bush in 2000. That last search resulted in Cheney himself being selected, and he served as Bush's number two for eight years.
END_OF_DOCUMENT_TOKEN_TO_BE_REPLACED