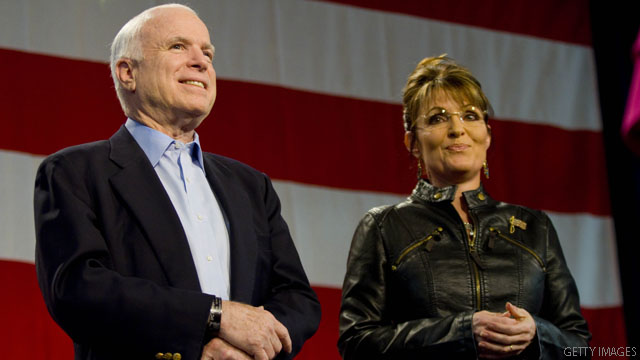 (CNN) – Dick Cheney's assertion that it was a "mistake" for John McCain to put then-Alaska Gov. Sarah Palin on the 2008 Republican ticket drew some pushback Monday from the Arizona senator.

On Sunday, ABC News aired portions of an interview with Cheney in which the former vice president detailed what he felt was the most important quality for a vice presidential candidate: a readiness to step into the top job if needed.

"Based on [Palin's] background, she was only governor for two years, I don't think she passed that test of being ready to take over. And I think that was a mistake," Cheney said.

Cheney, who said he knows and likes Palin, argued that considerations about which demographic a potential candidate could help pull in clouded the 2008 decision to put Palin on the ticket.

"Those are important issues but they should never be allowed to override that first proposition and I think that's one of the problems that McCain had," Cheney said.

Cheney's daughter also pushed back against her father's assertion Sunday, writing on Twitter she disagreed with the assessment that picking Palin was a "mistake."

Both Palin and Liz Cheney are paid political contributors on Fox News.