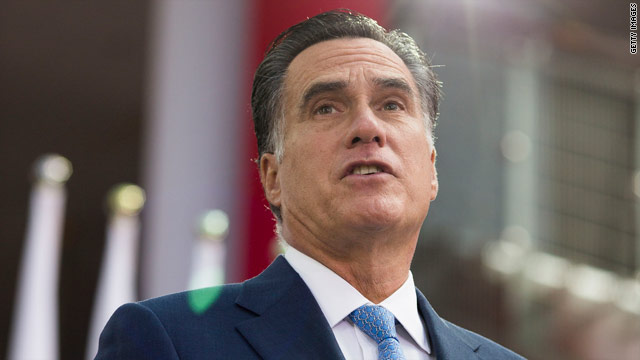 (CNN) – Mitt Romney said Tuesday he wasn't denigrating the culture of Palestinians when he suggested at a fund-raiser that Israel's culture played a role in its economic success.

Romney's comments, made Monday, drew sharp criticism from Palestinian leaders, who blasted them as "racist statements."

"I'm not speaking about, did not speak about, the Palestinian culture, or the decisions made in their economy," Romney clarified in an interview with Fox News. "That's an interesting topic that deserves scholarly analysis, but I actually didn't address that. I certainly don't plan to address that during my campaign. Instead, I will point out, the choices a society makes have a profound impact on the economy and the vitality of that society."

On Monday, Romney made a comparison between the per capita GDPs of Israel and Palestinian-controlled areas at a high-dollar fund-raiser in central Jerusalem.

While Romney has cited Landes' book in speeches before, and included a passage about it in his own book "No Apology," his remark Monday drew a sharp reaction from Sa'eb Erekat, chief Palestinian negotiator and a member of the executive committee of the Palestine Liberation Organization.

"This man, before he came here, he should have got some education about Israelis, Palestinians, and the region," Erekat said. "The Romney statements on Jerusalem and the racist statements about the Israeli culture being superior to the Palestinian culture reflect someone who needs to be educated, who needs knowledge. His statements are serving those extremist in the region now, and will serve extremists unfortunately."

Romney said in his interview Tuesday that the media reporting on his remarks were "more interested in finding something to write about" than they were in focusing on important issues like the economy.

"They'll instead try and find anything else to divert from the fact that these last four years have been tough years for our country," Romney said.