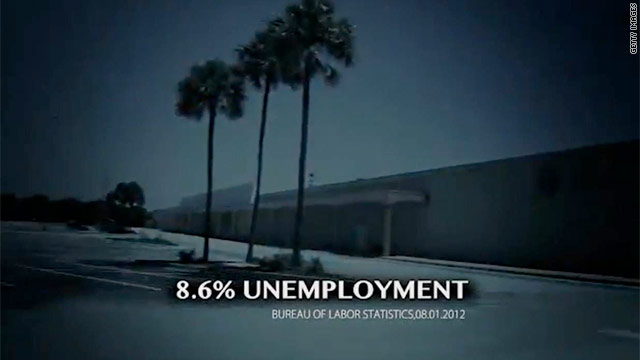 Obama heads to Florida Thursday for a campaign stop in Orlando.

"Four years ago, Barack Obama was concerned about Florida's economy," the narrator in the ad begins.

She continues, "But under President Obama, 8.6% unemployment. Record foreclosures. Six hundred thousand more Floridians in poverty. He focused on Obamacare instead of jobs. Barack Obama: what a disappointment."

Florida – currently rated a "Toss Up" on CNN's Electoral Map – carries 29 electoral votes in November's election. The state has been hard hit by a weak housing market, and its economy is growing at a slow rate.

In responding to criticisms of his handling of the economy, Obama's campaign has pointed out that jobs losses slowed nationally after he came into office in January 2009.