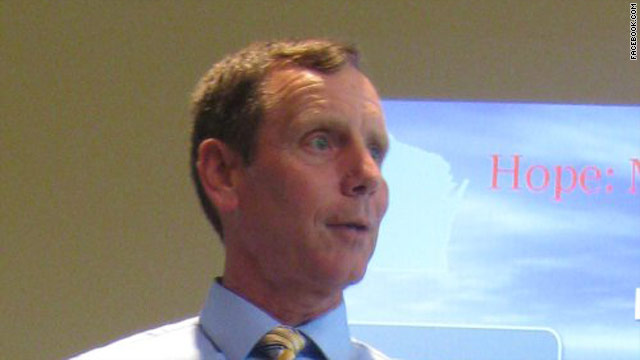 "The Tea Party is united behind Mark Neumann because he is the proven conservative in the race," Tea Party Express Chairwoman Amy Kremer wrote in a statement. "Mark earned the support of the Tea Party Express, and Tea Party members from every corner of Wisconsin, because he is the only one with a plan that cuts spending, balances the budget and repeals ObamaCare. He understands that we must get back to Constitutional principles in Washington. And, he is the one we can trust to stand up to Barack Obama."

A poll taken in mid-July indicated Neumann, a former congressman, is running a distant third in the GOP battle behind former Wisconsin Gov. Tommy Thompson and banking executive Eric Hovde. The survey from Marquette Law School showed Thompson with support from 35% of likely Republican primary voters, compared to 23% who backed Hovde and 10% who supported Neumann.

The winner of the GOP primary will go on to face Democratic Wisconsin Rep. Tammy Baldwin in November's general election. The victor in that race will replace Sen. Herb Kohl, a four-term Democrat who announced he was not running for re-election in May 2011.

The Tea Party Express was active in June's gubernatorial recall election in Wisconsin, campaigning for the state's Republican Gov. Scott Walker. Walker survived the recall vote, which was sparked after cuts to collective bargaining rights for unions.

In the presidential general election, CNN rates Wisconsin as "Lean Obama." The state went for Obama by roughly 14 points in the 2008 election.

In a statement, Neumann said he was "honored" by the backing from Tea Party Express.

"They represent the values that our Founding Fathers built our great nation on and that folks here in Wisconsin hold dear. Their endorsement is more evidence to the people of Wisconsin that I am the proven conservative that they can trust to stand up to Barack Obama and the liberals in Washington," Neumann wrote.

On Tuesday, former Texas Solicitor General Ted Cruz won a GOP senate primary in Texas with major tea party support, including an endorsement from the Tea Party Express. The group also helped propel Indiana State Treasurer Richard Mourdock to victory in a primary against Sen. Dick Lugar, the longest-serving Republican in the Senate.