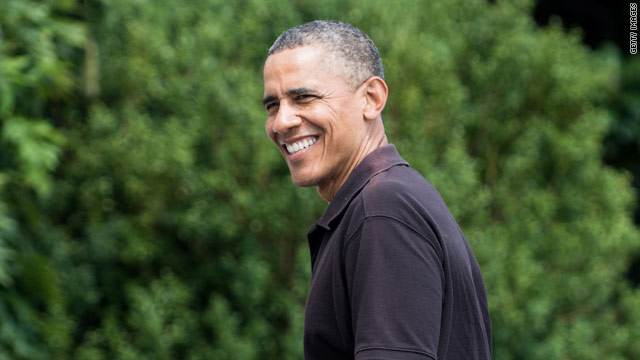 The July haul falls far behind Republican rival Mitt Romney's fund-raising team, which raked in more than $101 million–the third month in a row in which Romney outraised Obama.

While last month's total trails that of Romney, it nonetheless marks an uptick in fundraising over the previous month of June, when Obama and the Democratic National Committee–known as the Obama Victory Fund–brought in $71 million.

Team Obama said of the 761,000 people who donated in July, 201,000 of them were new donors who had previously not contributed in this election cycle or in 2008.

Since April 2011, a total of 2.7 million people have pitched in, according to the campaign.

The campaign also said 98% of contributions last month were $250 or less, with the average donation totaling $53.49.

While Obama's team did not report its cash-on-hand amount, Romney's campaign said it had $185.9 million in the bank.

When looking at money raised by the campaigns alone, however, Obama actually raised more than Romney in June, according to the Federal Election Commission (reports for July are not yet filed).