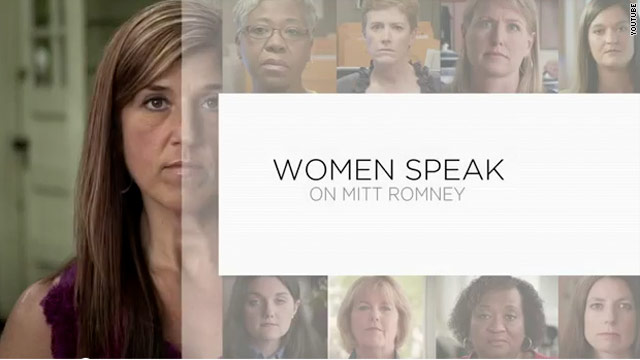 "This is not the 1950s," a woman in the ad says. "Contraception is so important to women."

The new spot, "Important," also features clips of Romney vowing to "cut off funding for Planned Parenthood" and saying he was "going to get rid of" the organization.

The latter statement came from an interview the Republican candidate gave in March. After taking heat for saying he would "get rid of" the group, his campaign later clarified that he would support ending federal funding to Planned Parenthood, not the institution, itself.

"I don't think Mitt Romney can even understand the mindset of somebody who has to go to Planned Parenthood," another woman says in the commercial.

While once a supporter of abortion rights, Romney now says he believes life begins at conception and opposes abortion.

This marks the third commercial in the last month the Obama campaign has released targeting Romney on the issue, signaling the fierce competition between the two candidates over the crucial voting bloc of women.

Romney's team responded in a statement Monday, turning the attention to Obama's economic policies, which the campaign says have "hurt women and families all over the country."

"Days after the unemployment rate increased and we reached 42 consecutive months with a jobless rate greater than eight percent, it is not surprising that the Obama campaign would release a false ad in an attempt to distract from the effects of the President's failed policies. Dishonest political attacks will not change the fact that President Obama has not turned around the economy, and his policies have hurt women and families all over the country. We tried it the President's way, and middle-class workers have paid the price. Mitt Romney has a Plan for a Stronger Middle Class that will jumpstart the economy and bring back millions of jobs," Amanda Henneberg, Romney spokeswoman, said.