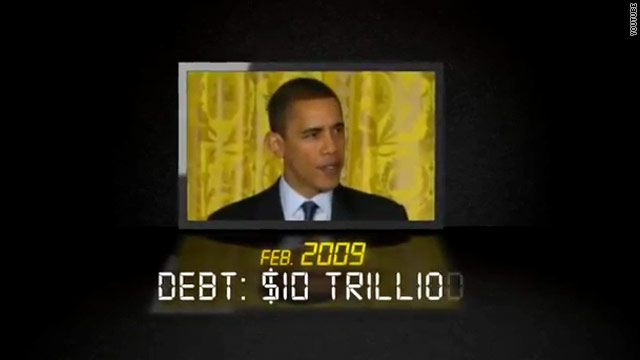 Washington (CNN) - A major fiscal conservative group which has spent tens of millions of dollars on television commercials critical of President Barack Obama revealed new details on their next round of TV ads Tuesday.

The group tells CNN that they plan to spend approximately $7 million in the first week of the buy, and will spend up to $27 million to run spots on TV as well as social and new media over the next three weeks.

Americans for Prosperity, which is partially funded by the influential Charles and David Koch, who have spent millions to support Republican causes and candidates, is one of the major players when it comes to the ad wars this campaign season.

AFP says they'll rotate different ads and messages over the next three weeks. The first spot criticizes the president over the national debt, using a clip of Obama from 2009 in which he said "I'm pledging to cut the deficit by half by the end of my first term in office."

The ad then highlights short snippets of newscasts describing the nation's exploding national debt, followed by more sound of the president, saying "I will be held accountable. If I don't have this done in three years, then there's going to be a one term proposition."

Word of the ad buy was first reported by NBC News and confirmed by CNN last week, but AFP did not reveal details at the time.