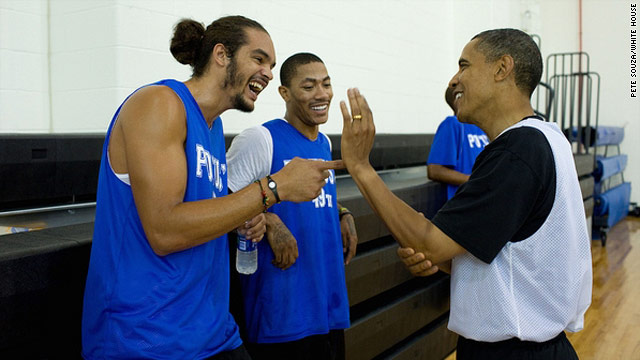 (CNN) - After losing the monthly fundraising battle in July for the third straight month, the Obama campaign is rolling out a new money-raising gimmick to encourage its supporters to pony up donations.

In an email sent out on Tuesday, Obama for America announced that future donors to the president’s reelection campaign will be automatically entered into a lottery for the chance to play basketball with current and former NBA and WNBA stars at the rescheduled Obama Classic. The winner will also get a dinner with President Obama and NBA legend Michael Jordan.