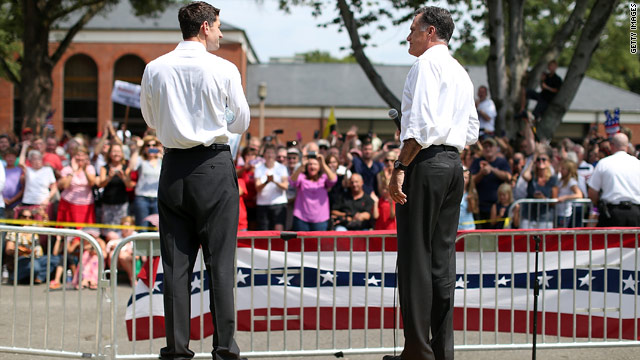 Romney's vice presidential candidate roll-out began Saturday morning in Virginia, when Romney and Ryan appeared side-by-side onstage in Norfolk, Virginia. The pair made additional joint appearances on Saturday, and Romney's bus tour is to continue over the next several days in North Carolina, Ohio, and Florida as CNN reported early last week.

The campaign added to that schedule a "Homecoming Rally" Sunday in Waukesha, Wisconsin Sunday evening.

The county is the state's biggest suburban county and biggest Republican county, and is one of three seen as critical for Republican electoral success in the state.

A Quinnipiac University/CBS News/New York Times conducted between July 31 and August 6 - prior to Ryan's selection for the Romney ticket - showed the state was split 51% for President Barack Obama and 45% for Romney. The poll had a sampling error of plus or minus 3 points.

The state has 10 electoral votes and is leaning in Obama's favor, but is not one of the 13 states firmly in his column.