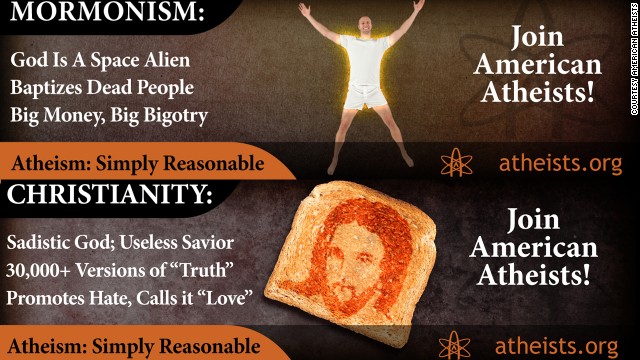 Washington (CNN) – A prominent atheist group is using this month's Democratic National Convention to take aim at the presidential candidates' religion, planning to put up billboards targeting Mormonism and Christianity in Charlotte, North Carolina during the week of the convention there.

“Our political system is rife with religion and it depends too much on religion and not enough on substance," said David Silverman, the president of American Atheists, which is sponsoring the ads.