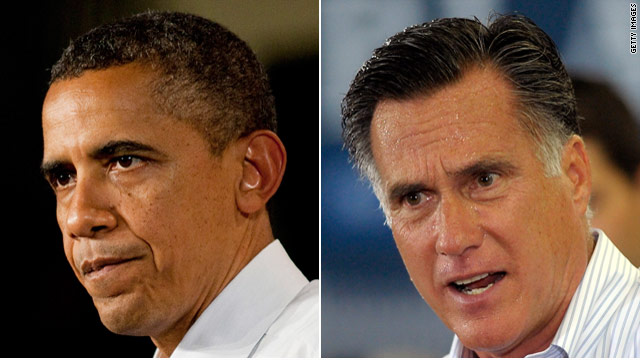 (CNN) - The battle between President Barack Obama and Mitt Romney in New Hampshire remains statistically tied, according to a poll released Monday.

The WMUR Granite State Poll, conducted both before and after Romney's announcement of his running mate, showed 49% of likely voters favor Obama and 46% support Romney.

The three-point margin is well within the poll's sampling error, which is plus or minus 4.2 percentage points.

The pollsters said "most" of the respondents were contacted before Romney's Saturday announcement that Rep. Paul Ryan of Wisconsin would join him on the GOP ticket. They gave no indication of whether the vote split differed between the interviews conducted before and after the announcement.

Monday's results are virtually unchanged from the results of the same poll in July, which found 49% favored Obama and 45% favored Romney. Obama had an advantage over Romney when the poll surveyed New Hampshire voters in April and February, while Romney topped Obama last October.

The poll found seven of 10 New Hampshire voters have made up their minds on whom to vote for - an increase of 5 points since the poll was last conducted in July. An additional 13% are "leaning towards a candidate" and 15% are undecided.

Obama's favorability ratings are also similar to the result of last month's poll, with 49% disapproving and 47% approving.

The poll was conducted between August 1 and 12, and includes 555 people likely to vote in the general election.