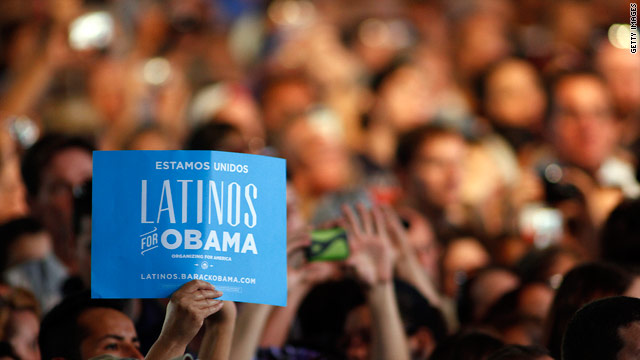 The United States Hispanic Chamber of Commerce and the Kantar Media/Campaign Media and Analysis Group launched a project on Tuesday, 'Speak Our Language: Spanish Political Media,' to "seek to ensure that political candidates prioritize Spanish language political campaign advertising in a manner that is proportionate to how critical the Hispanic vote is to so many races across the country during the cycle."

The new project will "track and analyze Spanish language ad spending through the election." They also plan to point out political organizations that ignore Spanish media outlets.

"The unfortunate reality is that historically, political candidates, on both sides of the aisle, in both parties, and the various organizations that support them, have largely ignored the media platforms that Hispanic voters consume most," President of USHCC, Javier Palomarez stated.

"Some might joke that Latinos are perhaps the luckiest people living in America today because they don't get bombarded by these political ads," Palomarez said. "In regardless of how one feels about political ads, in America and in America today, ads are the primary vehicle through which candidates communicate their message directly and seek their support of the voter."

According to the President of CMAG, Ken Goldstein, over half of political funding is spent with television.

When analyzing 28 media markets with television stations, Goldstein analyzed how much was spent on non-political Spanish ads to establish a baseline. In 2008, Denver, Colorado advertisers gave 14 percent of their ads to the 28 Spanish speaking markets. Two and a half percent were from Spanish political advertisements. There were only three markets found where Spanish political ads run were equal to those politcal ads run in English.

"When candidates ignore Spanish language media, they are ignoring millions of Hispanic voters and that is unacceptable," Palomarez stated.

President Obama won 67 percent of the Latino vote in 2008, and according to a NBC Wall Street Journal Telemundo poll conducted July 18-22, the president is still in high favor with 67 percent in comparison to Romney with 23 percent. The poll has a sampling error of 5-7 percent points.