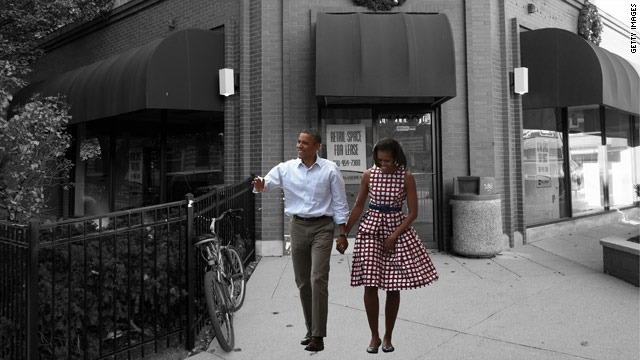 Chicago's plaque to a kiss

That's where President Barack Obama and first lady Michelle Obama went for their first date in 1989, as he described in a 2007 interview with O Magazine: ""On our first date, I treated her to the finest ice cream Baskin-Robbins had to offer, our dinner table doubling as the curb. I kissed her, and it tasted like chocolate."

That quote is inscribed on a new plaque outside the building where they met – no longer a Baskin-Robbins but a Subway sandwich shop, according to the Chicago Tribune.

The plaque sits atop a granite boulder, according to the Tribune, and was commissioned by the owners of the shopping mall where the Obamas went on that first date.

"It's a marker for the community, for posterity and tourism, too," a spokeswoman for the management company responsible for the mall told the Chicago newspaper.