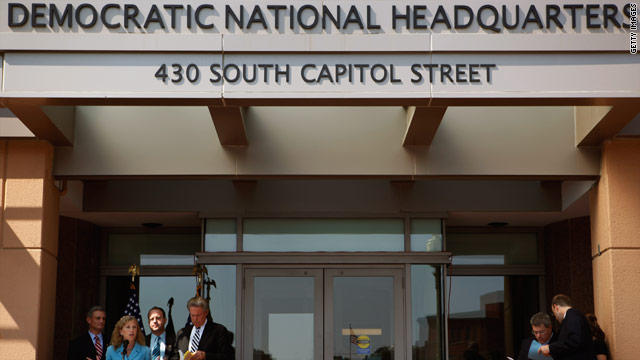 (CNN) – President Barack Obama made the brief drive to the headquarters of the Democratic National Committee in Washington Thursday to thank staff members there for their work on his re-election effort.

Obama – who has no campaign events scheduled for Thursday – just finished a three-day swing through Iowa, where he hammered his Republican opponent Mitt Romney for everything from his stance on wind energy to his position on Medicare.

Brad Woodhouse, the communications director for the DNC, said Obama was visiting to rally on the Democratic staff.

"The President stopped in to the DNC headquarters today to thank staff for all of their hard work and fire them up for the months ahead," Woodhouse said.