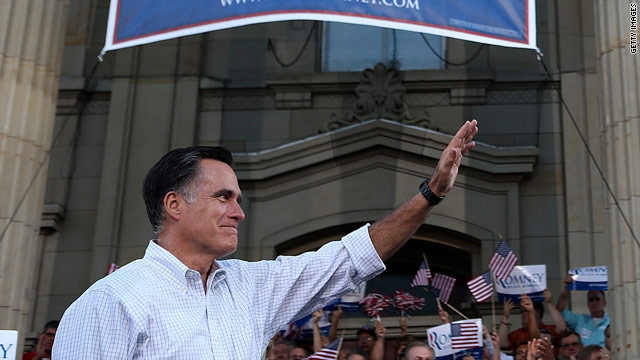 The presumptive GOP nominee even played professor at a news conference Thursday, jotting down sums on a dry erase board as he continued to press President Obama over changes to the popular government health care program for seniors.

"The differences in our Medicare perspective could not be more stark and dramatic," Romney told reporters as he scribbled down information outside an airport in Greer, South Carolina. "As the seniors in America understand what the president's plan is doing to Medicare, they're going to find it unacceptable."

The emphasis on Medicare reform comes as a surprise to some in the chattering political class, as Romney's attacks come after months in which he has tried to keep his focus on jobs and the economy.

But Romney's campaign is aiming to turn Republicans' Medicare reform plan – which Democrats see as a vulnerability – into a strength by taking the offensive against Obama.

"We are the ones that brought up the topic," Romney told reporters when asked if the issue was a distraction from his economic message.

At his press conference, Romney repeated his claim that Obama had cut $716 billion from the Medicare program and said the president would make the program insolvent for future generations.

Those cuts, originally supported by Romney's running mate Paul Ryan, are designed to reduce the money the government doles out to health care providers.

His plan also involves so-called means testing, which takes a recipient's income into account when doling out government funds.