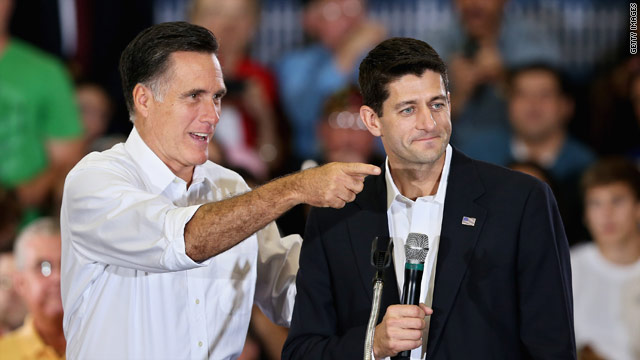 Romney, Ryan to reunite in New Hampshire on Monday

(CNN) - Mitt Romney and Paul Ryan will reunite on Monday - just over a week after Romney introduced Ryan as his No. 2 - in New Hampshire, a campaign aide said Thursday, the state where Romney's announcement was originally set to take place.

Romney and Ryan campaigned together on Saturday and Sunday, then parted ways Sunday night with a handshake after a rally in Wisconsin, Ryan's home state. Their Monday event will be a town hall meeting at Saint Anselm College in Manchester, New Hampshire, an official at the venue said.

Romney then continued a bus tour with stops in Florida while Ryan went to the Iowa State Fair in Des Moines, where among those who met him were some hecklers.

Beth Myers, the longtime Romney aide who led the vice presidential search process, told reporters last weekend that the announcement of Ryan was supposed to take place last Friday in New Hampshire. But the memorial service for victims of a Wisconsin Sikh temple shooting last week was also scheduled for Friday, and the decision was made to introduce Ryan at the first stop of Romney's multi-state bus tour on Saturday - in front, as it happened, of the battleship USS Wisconsin.

The most recent poll of New Hampshire, which included voters contacted before and after the Ryan announcement, showed the race between Romney and President Barack Obama is statistically tied: 49% for Obama and 46% for Romney.