Answering a question about whether or not he thought abortion should be legal in the case of rape, Akin explained his opposition by citing unnamed bodily responses he said prevented pregnancy.
END_OF_DOCUMENT_TOKEN_TO_BE_REPLACED

(CNN) – Surrogates for President Barack Obama defended Joe Biden on Sunday from critics who say the vice president's comments last week at an event in Virginia show his unsuitability for the office.

Rudy Giuliani, the Republican former mayor of New York, questioned Biden's "balance" on CBS, saying he wasn't sure Biden would be able to step into the top role if the situation arose.
END_OF_DOCUMENT_TOKEN_TO_BE_REPLACED 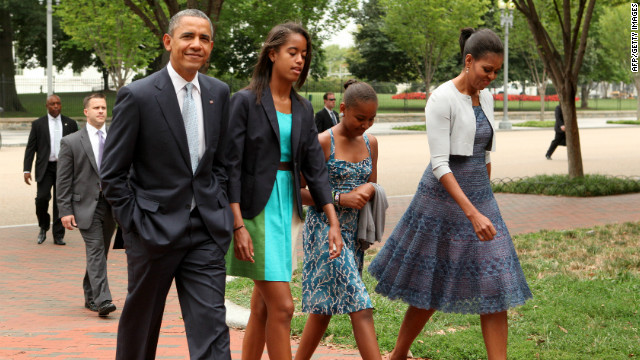 President Barack Obama, along with first lady Michelle Obama and their two daughters, Sasha and Malia, walked across Lafayette Square on an overcast Sunday in the nation's capital to attend mass at St. John's Episcopal Church.
END_OF_DOCUMENT_TOKEN_TO_BE_REPLACED

(CNN) – Rick Santorum, who himself waged a bitter fight with Mitt Romney during this year's GOP primaries, said Sunday that a sharp turn to the negative in the general election fight between Romney and President Barack Obama is a product of divisive rhetoric from the president and his team.

"I don't get the sense that Gov. Romney is complaining about the negative attacks, but he will tell you as much as anyone else, you are in a political race and you are going to take the blows and go after each other," Santorum told CNN national political correspondent Jim Acosta on "State of the Union."
END_OF_DOCUMENT_TOKEN_TO_BE_REPLACED

Washington (CNN) – Ann Romney is expected to be named the main headliner to kick off the Republican National Convention – establishing a foundation for the week long GOP effort to rally support for her husband’s presidential campaign.

The announcement is likely to come Monday as part of a bigger rollout of the convention schedule, a Republican source with knowledge of the plan tells CNN. The source, who spoke on the condition of anonymity, cautioned that the schedule could change, as the Romney campaign and organizers seek to put the finishing touches on the four day event.
END_OF_DOCUMENT_TOKEN_TO_BE_REPLACED 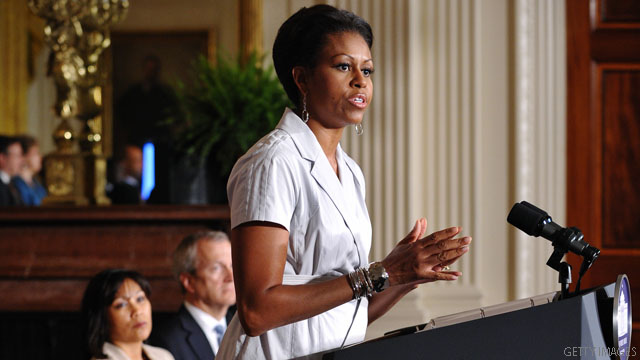 The shooting - which left six people dead and four others injured - occurred August 5 in Oak Creek, Wisconsin. The shooter, identified by police as 40-year-old Army veteran Wade Michael Page, was shot by police responding to the Sunday morning attack and later died.
END_OF_DOCUMENT_TOKEN_TO_BE_REPLACED

"Not more important, but equally important, and that is where a lot of Americans get their news," Cutter said on CNN's "State of the Union." Obama answered questions from both People and ET this week, and while the questioning included some softballs, both interviews probed Obama about Vice President Joe Biden's remarks in Virginia when he told a crowd that Mitt Romney's regulatory policies would "put y'all back in chains."
END_OF_DOCUMENT_TOKEN_TO_BE_REPLACED

(CNN) – The political battle over Medicare, brewing since Mitt Romney named Paul Ryan as his running mate, showed no signs of easing Sunday, with operatives from each campaign claiming their side had an advantage with senior citizens concerned about their government-funded health benefits.

Romney senior adviser Eric Fehrnstrom, speaking on CNN's "State of the Union," said his campaign wasn't worried that seniors would be turned off by Ryan's House budget plan, which proposes allowing private insurers to compete with traditional Medicare on an exchange.
END_OF_DOCUMENT_TOKEN_TO_BE_REPLACED

(CNN) – Mitt Romney's weekend swing through some of the country's toniest zip codes netted the presumptive GOP nominee a cool $7 million, his campaign said Saturday, though Romney himself said he'd rather be out on the stump than talking to donors.

"That's a challenge with a president who blew through the federal spending limits," Romney said aboard his campaign plane Saturday, as he hopped between two Massachusetts vacation spots, Nantucket and Cape Cod. "It means that campaigns now have to spend a disproportionate amount of time fund-raising. You appreciate all the help you get, but you wish you could spend more time on the campaign trail."
END_OF_DOCUMENT_TOKEN_TO_BE_REPLACED