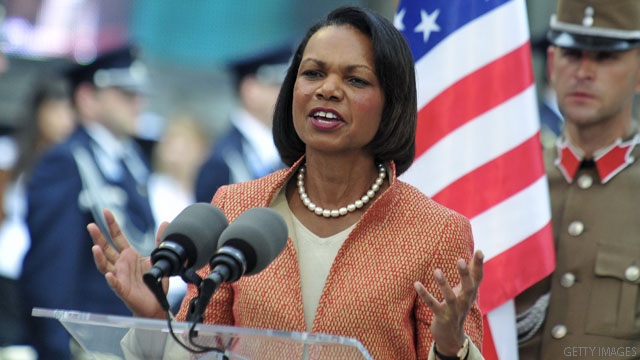 (CNN) – Mitt Romney congratulated former Secretary of State Condoleezza Rice on Twitter Monday for becoming one of the first women admitted as a member to the Augusta National Golf Club.

In April, Romney expressed support for women members at Augusta, but said the decision should be left up to the club.

"I am not a member of Augusta. I don't know if I would qualify," Romney said. "My golf game is not that good. Certainly if I were a member, if I could run Augusta, which isn't likely to happen, of course I'd have women into Augusta."