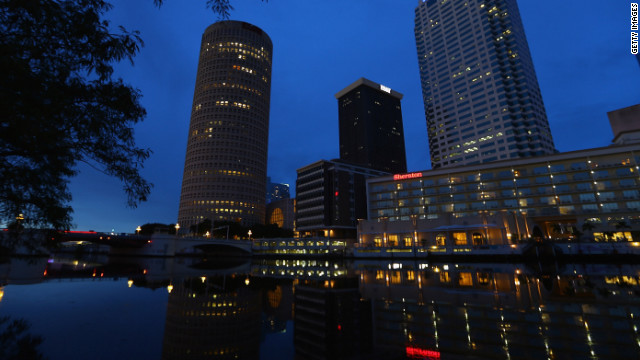 Chris Moody (@Chris_Moody)
Gary Johnson's new slogan, "Be libertarian with me for one election," sounds kind of like a pick-up line.

Mike O'Brien (@mpoindc)
Consider: The % of voters who have a "very negative" opinion of the GOP is at its second highest in the *history* of the NBC/WSJ poll.

Jake Sherman (@JakeSherman)
my friend points out: Today is the one-year anniversary of the DC earthquake. A moment of silence is in order.

Chris Laible (@ChrisLaibleFN)
Romney tells heckler in IA that if he waits outside, he'd be happy to answer his question.