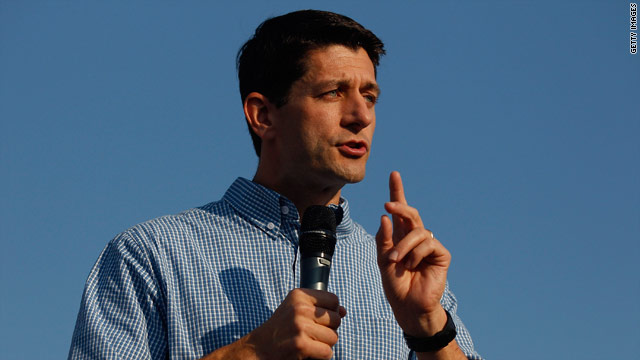 Reporter Orlando Salinas with CNN affiliate WDBJ in Virginia said he had only five minutes - time for about 12 questions in his Wednesday interview with Ryan - so he kept them short.

He asked the candidate, who is Mitt Romney's running mate and chairman of the House Budget Committee, about a fast-food chain that has become a point for both rally and protest after its CEO expressed his opposition to same-sex marriage.

Then there were the serious questions.

"The hardest thing you have ever had to do in your personal life as a man, as a father," Salinas asked.

As the interview ended, Salinas told Ryan that he didn't mean the questioning to be of the "gotcha" variety, and Ryan said, "I've never really done anything like that before. It was interesting."

But what does Ryan think of the president?

"He said he would be one thing, and he's a completely different politician than we thought he would be in 2008," Ryan replied to the name "Barack Obama."