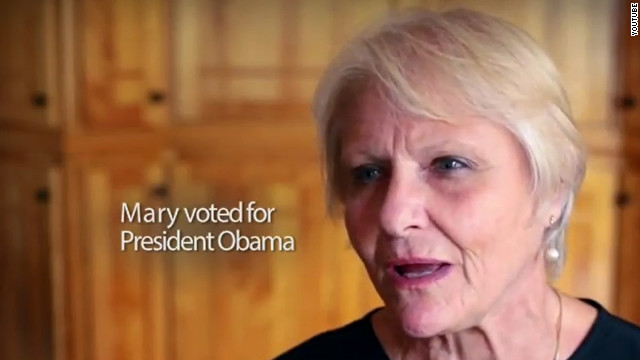 (CNN) – A major conservative group said Friday it would continue its ad campaign featuring voters who supported President Barack Obama in 2008 but who are now critical of how he's handled the economy.

Americans for Prosperity, which is partially funded by the influential brothers Charles and David Koch, said it would spend $6 million to run the latest ad, which is the second this month that uses Obama supporters from four years ago to spotlight the president's economic record.

In the thirty-second spot, voters offer their assessments of Obama's first term.

"I think that now we've given Obama a fair chance, and I don't think he's able to do what we need him to do," says one woman.

"The president's doing a mediocre job. The economy in my opinion is still the same as it was four years ago," a man offers. Later he adds: "I have not received the hope and change I believed in in 2008."

The ad carries the tagline "Has President Obama earned your vote? It's time for a change."

Americans for Prosperity is a major buyer of ads this election cycle. Earlier this month the group said it would spend $27 million to run spots on TV as well as social and new media over a three-week period.

The first spot of the $27 million buy criticized the president over the national debt. The second also used 2008 supporters criticizing Obama's economic record.